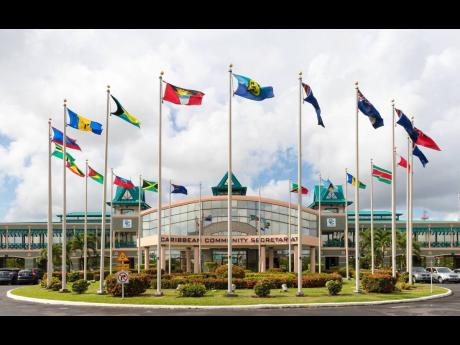 This week, I am reflecting on the Caribbean’s trade with Europe, that is, the European Union (EU) and the United Kingdom (UK). As often said, economic growth and development in Caribbean countries depends on international trade, a subject which generates marginal interest in the public domain. It should be garnering more interest in this time of COVID-19, as a further downturn in both trade in goods and services (primarily tourism) is projected and the Caribbean needs to grasp opportunities to expand exports.

The EU, including the UK, has been the second-largest trading partner of the Caribbean ACP Forum (CARIFORUM) behind the United States. The trade, as you should know, has been governed since 2008 by the CARIFORUM-EU Economic Partnership Agreement (EPA) which gives preferential market access for trade in goods and services. With the UK leaving the EU, as of January 1, 2021, CARIFORUM-UK trade will be covered by the 2019 CARIFORUM-UK EPA continuing preferential market access.

STATE OF TRADE WITH EU AND UK

The CARIFORUM-EU EPA is now in its twelfth year and preparations for the second five-year review is in progress. This has also had delays due to COVID-19 restrictions. It is now expected that the actual review will be conducted at an EPA Ministerial Council meetings at year’s end.

CARIFORUM member states, such as Jamaica, used to have a trade surplus with the EU due to exports of alumina, petroleum products, rum, sugar, bananas and other products. Since 2008, the time of the financial crisis, coinciding with the provisional application of the EPA, that situation has reversed with the EU now having the surplus. CARIFORUM exports have declined. In 2019, CARIFORUM exported â‚¬4.60 billion in goods and imported â‚¬7.04 billion, giving the EU a surplus of â‚¬2.44 billion. Exports of traditional commodities, such as sugar and bananas into the UK market, declined and the value has not been replaced. The main products into the continental markets include alumina, petroleum products, and rum. Much will depend on the future state of alumina and petroleum production, and markets.

Trade in services with the EU is mainly based on tourism. There was a slight drop (1.4 per cent) in European visitors in 2019. There is some trade in financial services and in cultural industries (for example, musicians, fashion models, designers, etc). Implementing the EPA trade in services provisions has been a concern due to needs assessments, certification, visa requirements, language competence, among other things. The recent EU blacklisting of certain CARIFORUM countries, if not quickly resolved, could negatively impact trade and investment.

Specifically on trade with the UK, there is, of course, a large Caribbean diaspora there and traditional links, including Commonwealth membership. For a number of CARIFORUM companies, the UK was also the gateway into continental Europe. From my calculations using statistics from the UK National Statistics Office, the value of CARIFORUM exports to the UK in 2019 was surprisingly 11 per cent of total exports to the EU and nine per cent of total EU imports, smaller than expected, indicating that the UK had ceased to be the principal market in the EU.

On trade in services (tourism mainly), with Brexit, there was already concern in the Caribbean about the inflow of UK visitors due to the fluctuating value of the pound sterling. In 2019, UK visitors declined by 5.6 per cent. Now with COVID-19, it is most likely that the inflow of visitors will further decline. The main CARIFORUM services exporters to UK have been Jamaica, Barbados, Bahamas, St Lucia, Grenada, and Trinidad and Tobago.

Another concern has to be the status of the UK’s trade negotiations with the EU27, as it would be in CARIFORUM’s interest for the UK to have a free-trade agreement with the EU. These negotiations do not appear to be going well and it is possible that they could break down, leaving the UK without an agreement.

The postponed UK-Caribbean Forum is now to be rescheduled. This would provide a further opportunity to discuss trade and investment as the UK has already done with Africa.

In the COVID-19 recovery strategy, hopefully, CARIFORUM governments, private-sector organisations and Caribbean Export will be focusing on how to regain and improve market share for new goods and services in both the EU and UK, assuming strong recovery in both.

I note that from the fourth CARIFORUM-EU Business Forum, held in September 2019, the Caribbean Chamber of Commerce in Europe has been established in Brussels with the aim of exploring business ventures in both the EU and UK. I am hoping they will be successful.

As of January 1, 2021, the Caribbean will begin a new era of trading with a delinked EU and UK in uncertain times.

This article was originally published by the Jamaica Gleaner and submitted by Elizabeth Morgan, Specialist in International Trade Policy and International Politics.