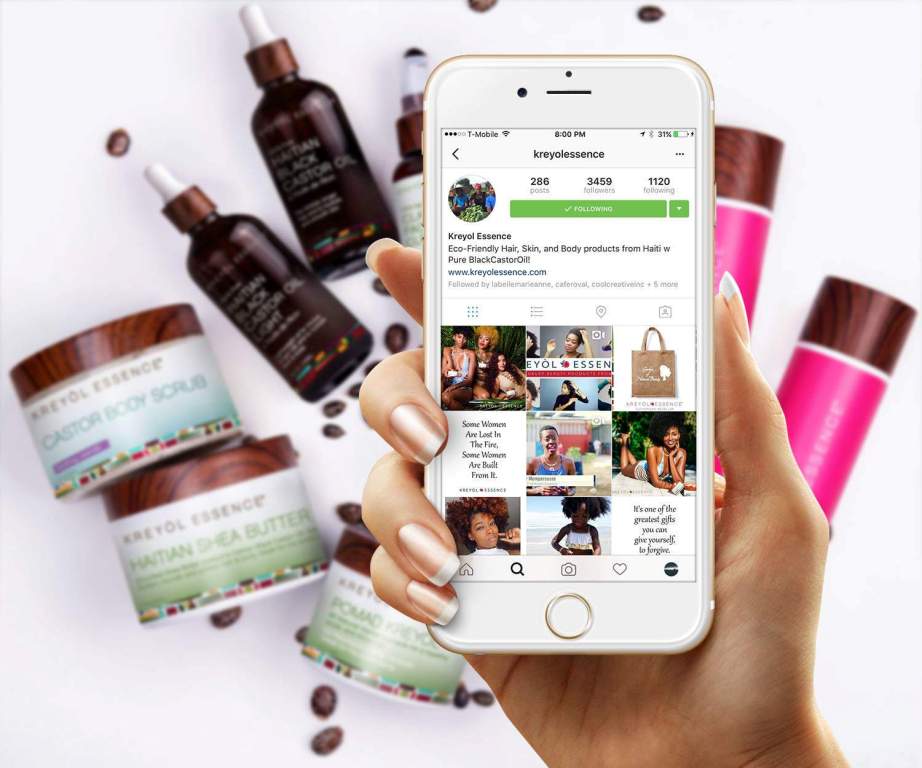 Haiti is still recovering from a devastating earthquake which occurred in January 2010 and killed almost 150,000 people. The natural disaster left hundreds of thousands reliant on foreign aid and charity and set back economic development for decades. Entrepreneur and social activist Yve-Car Momperousse was on the verge of launching her beauty business when the quake hit, she immediately put her dreams on hold and set about raising relief funds. Three years later she finally got KreyÃ²l Essence up and running and now sheâ€™s using her company to empower Haitian people and provide a means by which they can help themselves.

Yve-Car Momperousse began researching plans for a Haiti-based beauty business in 2009 but her progress was sadly cut short just a few months later when that Caribbean country was left reeling by one of the worldâ€™s worst ever natural disasters.

Ms Momperousse stopped everything to provide assistance including raising $500,000 (US) dollars in cash and supplies to put towards immediate humanitarian efforts, and it would be over a year and a half after the quake before she returned to her business idea.

â€œMy mother in her wisdom said, â€˜I know youâ€™ve been concentrating on relief but thatâ€™s not sustainable. When the cameras are gone, and thereâ€™s no longer a focus on Haiti because of the tragedy, people will still need to workâ€™. So because of that I started to look again at the business.â€

KreyÃ²l Essence was officially launched in 2013 and its winning formula of sustainable social impact alongside 100 per cent natural products has seen it develop over the past four years into a trusted beauty supplier. Described as â€˜natural with a purposeâ€™, the company has tapped into the growing desire among consumers for businesses to create ethical offerings while also espousing a positive message and making a real difference.

Ms Momperousse explains: â€œThe company cemented my love for beauty products as well as social impact. When we plant castor seeds it helps with the environment â€“ soil erosion, deforestation, greenhouse gas emissions, and we provide work primarily for women, so the company is truly women led and run. And by selling a luxury beauty product we hope to change the image and discourse coming out of Haiti.â€

Now KreyÃ²l Essence is fast approaching its goal ofÂ selling over 40,000 Haitian Black Castor OilÂ bottles in one year after partnering with powerhouse group Whole Foods Market which has seen its products sold in hundreds of stores across the US and Canada, and soon it will also be available in the UK.

Ms Momperousse secured the deal with Whole Foods after â€œknocking on doorsâ€ and admits that she never thought her business would be working with such a substantial industry player so soon after launching.

She says: â€œI went into stores and did demos on our product line to make sure buyers had an experience with the product and understood our story. Initially we started selling in about six stores and that grew to 52 in three months and six months after that weâ€™re doing 250 stores, and soon weâ€™ll be in 450.â€

Ms Momperousse estimates that the Whole Foods deal will help KreyÃ²l Essenceâ€™s sales grow by 50 â€“ 60 per cent and lead to significant scaling up of production which will enable the company to sustain jobs for 50 female production staff and 300 Haitian farmers. â€œI like to say that the social impact drives my focus on sales because none of the social impact can happen if we are not a financially healthy companyâ€, she states. â€œSo I have to focus on profit margins and I would like sales to reach, in the next five to eight years, the $10 million (US) dollar mark to cement the seriousness of the companyâ€.

So what has been the secret to Ms Momperousseâ€™s success so far?

â€œYou need the right type of environment in order to thrive. So you need people who are like-minded, driven and understand how to support you as a business owner. You also need family to support you as an individual because being an entrepreneur is mentally, as well as physically, taxing. Persistence is key because you cannot take no for an answer, and you need to believe that there is always an answer to whatever you are trying to figure out, so do not stop.â€

Ms Momperousse was named the Caribbean Export Development Agencyâ€™s â€˜Female Exporter of the Yearâ€™ in December 2016 and sheâ€™s hoping to use the award to get more attention for her business. She adds: â€œI applied because I wanted to show that women are involved in the agriculture space as well as exports. I also thought it was important to represent Haiti because the press associated with my country often does not showcase the positivity and the beauty that we have to offer.â€

Ms Momperousse has also benefited from a Caribbean Export workshop in Jamaica which explained the impact and advantages of â€˜angel investorsâ€™ and her business partner attended the annual Havana International Fair (FIHAV) in Cuba.

â€œThe event in Jamaica was wonderful because it helped me to review what it takes to become an investable company with a spin on the Caribbean where angel investor networks are not as common. It was good to have those discussions and to hear what was coming up in terms of engaging with angel investors.â€

â€œMy end goal is to create jobs for 1,000 Haitian farmers and women so that we can truly see that they are getting amazing pay and benefits and a steady income.â€