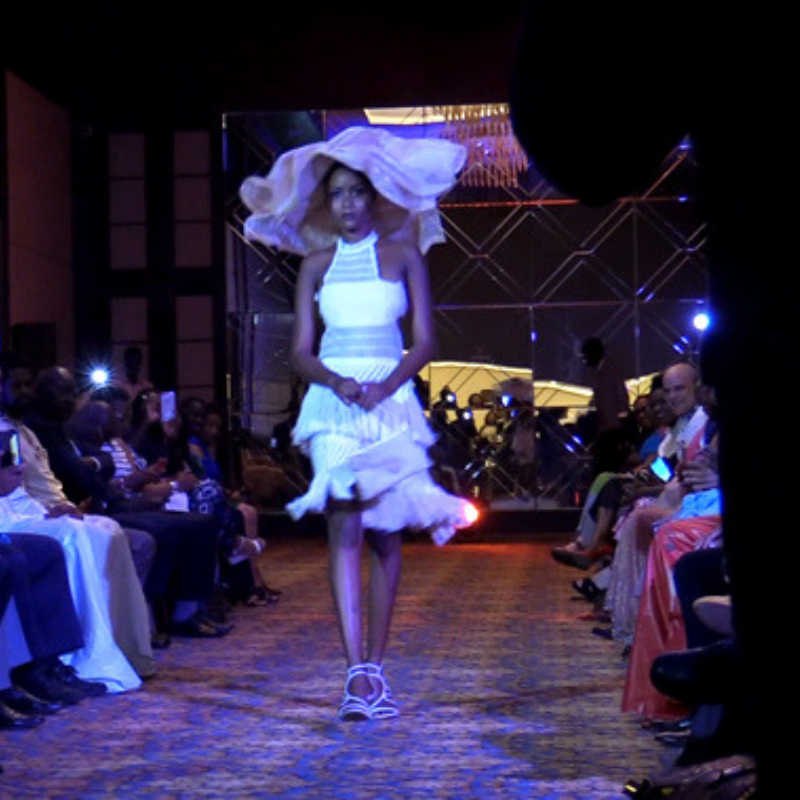 NIAMEY, Niger (CMC) â€” Outfits, handbags, shoes and accessories from a number of Caribbean designers and a self-taught Nigerien designer generated a buzz at a fashion show here on Saturday night.

The show was held as part of the fifth meeting of Ministers of Culture from the 79-member African, Caribbean and Pacific (ACP) group of states at a time when the bloc is focusing on the potential contribution of culture to national development.

The Caribbean designs came from the French-, Spanish- and English-speaking countries and were brought together by Caribbean Fashion Showroom, which dubs itself â€œthe home for the regionâ€™s leading designersâ€.

The event was organised by the Barbados-based Caribbean Export Development Agency (Caribbean Export) in collaboration with the Brussels-based secretariat of the ACP.

â€œWhat we have seen today is the true collaboration between Africa and the Caribbean, promoting fashion, promoting handicraft, promoting talent and culture from our countries,â€ EscipiÃ³n J. Oliveira, deputy executive director of the Caribbean Export Development Agency, told the Caribbean Media Corporation (CMC) after the event.

He said his agency took advantage of the opportunity of the four-day meeting, which ended on Sunday, â€œto present to our African brother and sisters and also Pacific brothers and sisters that we can collaborate to gain marketsâ€.

Oliveira said that what patrons saw on the catwalk was the result of a collaboration between a large cross-section of Caribbean artisans who make outfits, accessories, shoes and handbags.

â€œThis is just a sample but we are working together with the European Union and with the Caribbean Forum (CARIFORUM) directorate to promote competitiveness of our small and medium-size enterprises.â€

The show was held at a time when the ACP is focusing on the potential of culture and its expression as a contributor to the development of its member countries.

He said that while it is the first time that his agency is collaborating with the ACP secretariat, Caribbean Fashion Showroom participated this year in the Caribbean Festival of Arts (CARIFESTA), the regionâ€™s premier cultural festival.

Oliveira told CMC that Caribbean Export has also been with the Guyana-based CARICOM Secretariat and the CARIFORUM directorate promoting the Caribbean.

â€œThis is the first time weâ€™ve come to Africa but it certainly not be the last,â€ he said, adding that the reception was â€œextraordinaryâ€.

Hadiza Amadou, the 34-year-old Nigerien designer whose pieces graced the runway at the show, told CMC the event was a great adventure for her.

â€œIt was the first time that I had a show with somebody who is not from my country and it was so great for me because I learned so many things from Rodney and his team,â€ she said, speaking of Rodney Powers of Caribbean Fashion Showroom, who is also a fashion consultant to Caribbean Export and co-ordinated Saturdayâ€™s show.

Amadou said she presented traditional designs from seven regions in Niger, but was â€œjust wowedâ€ by the Caribbean designs.

â€œI saw that they were more advanced than us, but I just told myself itâ€™s not the same tradition that we have. Everybody liked it and it was very, very beautiful â€” from the jewellery to the bags, to the accessories, to the shoes and the clothes, everybody was so great and so beautiful,â€ she told CMC.

It was quite obvious from the murmurs at Saturdayâ€™s show that some of the Caribbean designs were too revealing for some members of the audience.

â€œThere were many reactions to the clothes that are not â€” they call it extravagant,â€ Amadou told CMC, noting religious and other traditions in Niger that frown on women wearing revealing clothes.

She said that the Caribbean designs could have a future in Niger, as things are changing.

â€œItâ€™s changing positively because five years ago we couldnâ€™t have the show that we had last night with the Caribbean, but today we did it and everybody saw the photos and they said itâ€™s beautiful. So I think are going to change and it (Caribbean designs) has a future here.â€

Amadou has been a designer for 10 years and since then has been having an annual show on March 8 â€” International Womenâ€™s Day â€” attracting some 3,000 patrons each year.

â€œSo I have many customers from outside of African, inside Africa, Europe, USA. So I can tell that people like what I do and people encourage me a lot.â€

The show was intended to showcase talent with a view to creating economic opportunities for the designers, a point that Oliveira emphasised.

â€œI hope that this brings sales, because, at the end of the day, the artist and their designers are to make a living,â€ Oliveira said, adding that his agency participated in the two-day meeting of technical experts that formed part of the four-day conference here, and made the point that people working in culture have to make a decent living.

â€œAnd a decent living, they are going to obtain it through selling their talent and through accessing markets. The idea is that this fashion showcase will allow Caribbean talent to be exposed to the world and, hopefully, bring about greater wealth to our countries, bring about greater employment and sustainable development to the countries.

â€œWe are trying to develop culture in a business-like way as to allow our cultural entrepreneurs to make a decent living, contribute to financing the states, through paying taxes, employing people and reaching sustainable development through a joint work, and it has been wonderful experience,â€ Oliveira told CMC.

â€œWe are very small countries but we have a big heart and we have big talent and we should be able with that talent, with that competitiveness, together, to reach markets, niche markets,â€ he said, adding that his agency is focusing on niche markets that are high value-added.

Meanwhile, Rodney Powers said that as a result of Saturdayâ€™s event, Caribbean Fashion Showcase was invited to participate in Seychellesâ€™ fashion week.

â€œOur collaboration with Africa, as the Caribbean, is very, very important. It is the motherland, as you are aware, so, for us, it is important that we collaborate,â€ Powers told CMC, adding that the showcase excited the patrons at Saturdayâ€™s event.

â€œThey were applauding the quality of the world, the designs, the design concept,â€ Powers said, noting that he sees the Caribbean as having significant potential in the fashion market in Africa.

The models who displayed the fashion items all came from Niger.

â€œWe trained the models, we did some workshops with them before we went straight into the show and for me it was good. They enjoyed it, they showed us a lot of love and appreciation and we are happy to collaborate with them,â€ Powers said.

â€œAfrica need more collaboration from the rest of the world because we need to have the experiences of others; we need to see how they do the things; we need to learn from them because many things are done just by people [opting] to do things. But we need to have some mentors to show us the way,â€ she told CMC.

This article was originally published on iWitness News