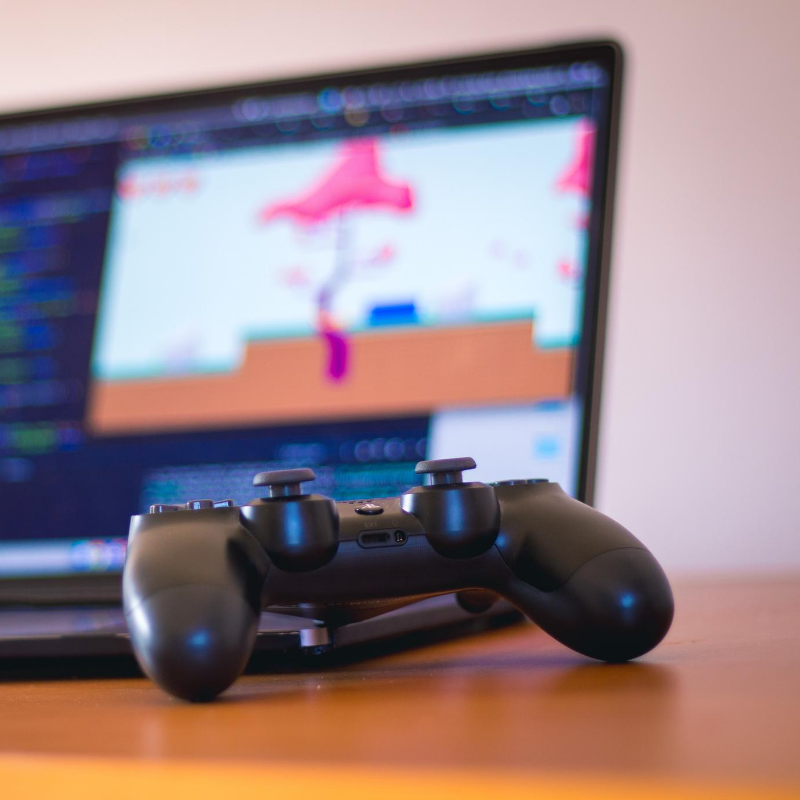 The global video game industry reached one of its highest scores due to the COVID-19 pandemic. As countries around the globe went into lockdown mode, the demand for gaming went up!

And according to founder and CEO of the Powell Group, Jay Powell, some publishers within the industry saw a 500% increase in revenue during the first few months of lockdown! This was definitely a massive win for the industry, which Mr. Powell estimates is already valued at 90 billion dollars.

â€œThis sounds horrible to say, but COVID has been really good for the video game industry. Obviously when everyone is confined at home they arenâ€™t going out. And television and movie production basically stopped, so we have seen a gigantic influx of money into the gaming industry,â€ Mr. Powell said.

The 20-year expert made this point during a webinar organized by the Caribbean Export Development Agency and the United Kingdom Trade Partnership (UKTP) Project.

Speaking on the topic Opportunities for the Gaming Industry â€“ Present and Future Trends, Mr. Powell outlined steps that Caribbean game developers could take to help them reach the next level in the global industry. The advice couldnâ€™t come at a better time as Caribbean Export and UKTP are providing assistance to regional gamers so they could participate in IndieGamesBusiness â€“ The San Francisco Summer Edition 2020, the longest running virtual matchmaking event in the game industry.
Mr. Powell, who runs a full service consultancy in the United States (US) which helps developers, publishers and other industry players to grow and succeed in the world of video games, gave several recommendations aimed at developing the Caribbeanâ€™s industry.

In the quest to advance the regional game industry, Mr. Powell strongly recommended that Caribbean gamers, whether they functioned as freelancers or companies, needed to come together and represent themselves as a regional bloc. Noting that governmental support was a huge help, he stressed that collaboration and association were even more critical to establishing a Caribbean gaming ecosystem.

â€œDo anything you can do to be working together, to be communicating and to know each other exist. You are going to get a much better effect for the region as a whole,â€ he suggested.

Admitting this could be a challenge as industry players were located in different islands, he added, â€œDo meet ups, work with the International Game Developers Association (IGDA), have that communication pipeline together and work together to build each otherâ€™s strengthens and misses. These are absolutely key for getting some bigger contracts in and getting interest and recognition from outside the region.â€

He also advised trade organizations to play a critical role in promoting the Caribbean as a regional bloc especially at trade shows. â€œYou are not going to be able to grow internally. You got to get your studios [and different gaming companies] in front the rest of the world. Help them to be promoted as an entire region at these shows, it will get them in front more companies and itâ€™s much more cost effective,â€ he said.

2. Set Up A Discord Server

Mr. Powell urged industry players who were creating their own games to set up a Discord server. The free mobile and desktop app primarily used by gamers around the world facilitates instant messaging, VoIP (voice calling via the app) and digital distribution which are all perfect for building game communities.

â€œIf you are creating your own game right now, you need to get it up and going.â€

The industry expert said there was an argument that the lack of physical trade shows caused by COVID-19 would be detrimental for independent game developers. Disagreeing with that view, he said: â€œThe digital conference space is an absolute plus for you to have access to.â€

Not only are they more cost effective, he said they were great for intelligence gathering and networking. He advised participants to find out who was attending or speaking beforehand so they could set targets and book strategic meetings.

â€œDigital conferences are fantastic opportunities for you as developers and for folks who are trying to get into the industry or even to learn about the industry. When it comes to these digital events it is very easy to just sit down and do basic research even before you get to the meetings. You can go through the attendees and figure out who you should be talking to.â€

4. Regional Gaming Courses should include a Business Component

Mr. Powell strongly advised that a wholistic approach be taken to regional video game education and certification. â€œIf the schools are teaching art, code and anything else with the objective of giving a video game certificate, they need to absolutely include at least a course on business, marketing and production,â€ he outlined.

The expert stressed that beyond having the skills to design a video game, it was equally necessary to know how to sell. He argued that countries may be â€œturning out fantastic artists, but if those artists donâ€™t know how to sell their work, and they donâ€™t know how to approach the industry from a business standard or get in front of the right people who are hiring them, it wonâ€™t do them any good.â€

â€œIf you are building the entire game yourself, hope for the best but plan for the worst. You have to assume you are not going to get a publisher and you will have to do this on your own.â€ Thatâ€™s the advice Mr. Powell gave to Caribbean developers who are thinking of taking their games to market.

He urged them to aggressively promote their creations. â€œThe minute that you have a screenshot, a gif, a video or anything visual to share, you need to be on social media: Instagram, Tik Tok, Facebook. Point all of that back to your Discord server because you as the developer need to start building your communityâ€¦ all the way from â€˜here is my screenshotâ€™ to when you are ready to talk to a publisher!â€

Mr. Powell also recommended developers who wished to be taken seriously get a webpage, a business email and have a presence on LinkedIn. â€œDonâ€™t send me an email from your gmail account. A legitimate company, that wants to be taken legitimately, needs to have a webpage and your email needs to come from the URL of that webpage.â€

6. What to expect after pitching to a publisher

â€œYou are ready to talk to a publisher once you have a demo to play!â€ Mr. Powell encouraged regional game developers to send their demos to everybody. However, he warned them that typically most publishersâ€™ would respond by stating how wonderful the demo was and that they would like to see more. He told regional developers they should expect to repeatedly get this answer until someone signs.

â€œDonâ€™t let it disturb you but more importantly, you canâ€™t let it get you over excited because that is just what they do,â€ he warned.

Additionally, Mr. Powell urged developers to follow up weekly as there was a 30% response rate, however he cautioned that signing was generally a long process which could take up to 3 months or more.

7. For feedback the Internet is your best critic

Mr. Powell told game developers not to expect feedback from publishers and if they received any, it would most likely be from inde-publishers who had been through the gaming process.

If you want feedback, â€œyou have to be careful with the whole friends and family bias. The internet is the best, its brutal. If people think it sucks, they are going to tell you they think it sucks. You got to have thick skin,â€ the video game industry expert stressed.

For honest feedback, he said to try sharing demos with IndeGame communities on Discord as well as streamers who liked to play IndeGames.

Mr. Powell also told independent developers who wished to post their games on Google Play: â€œUnless you got the marketing money and user acquisition money, it is just not going to get seen. There are so many games that get released every single day. I never recommend an â€˜indeâ€™ or small team that is unfunded to do a free to play mobile game.â€

For PC games, he said developers should check Stream, Epic, GOG or Itch.io.

8. Capture outsource contracts by being original

But simply being original is even more critical to scoring an outsource contract. â€œYou need something original to show because that is going to be what gets everybody interested. It is very important,â€ Mr. Powell said.

When it comes to attracting consumers, regional gamers should aim to have local presence but they should also cast their nets in non-traditional markets internationally. According to Mr. Powell, the Internet does not care where you are! In fact, he pointed out that markets were segmented more by language than anything else.

The video game industry expert emphasized that there was potential within those non-traditional markets and further suggested they look at the United Arab Emirates where states like Dubai have a large segment of its population interested in gaming.

Also speaking during the presentation was Allyson Francis, Services Specialist of Caribbean Export. She said saw the game industry as important and believed that there are vast opportunities for regional developers and other players globally. She pledged Caribbean Exportâ€™s continued support and disclosed that the next session would focus on the business and marketing of games.

The Caribbean Export Development Agency has been instrumental in providing technical assistance, business development support and access to finance to professionals within the industry who are seeking to export their talent and services.