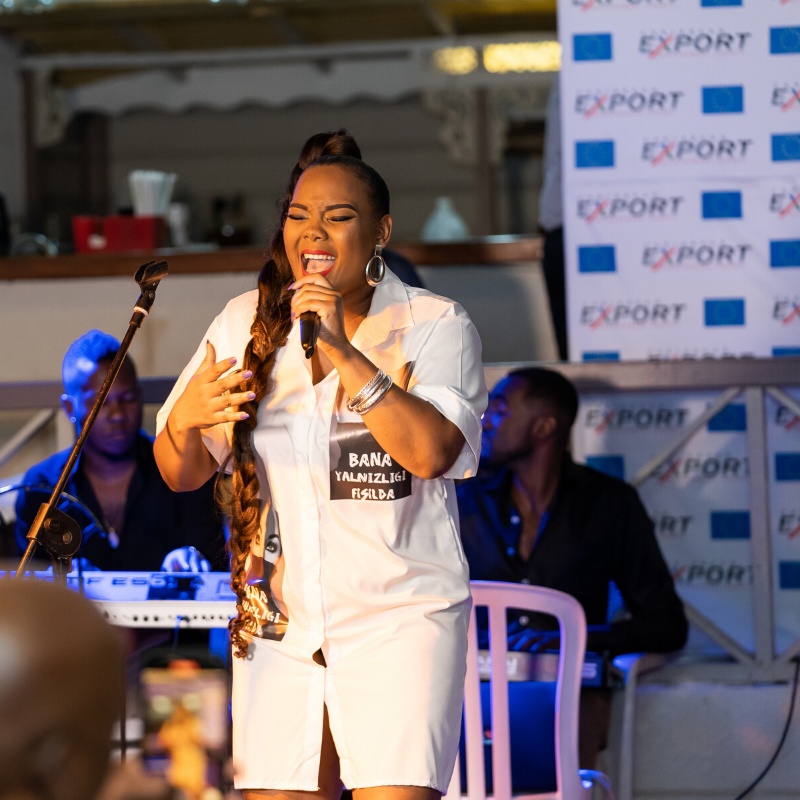 While the Caribbean is primarily focused on getting artists discovered, other parts of the world are more focused on artist development.

That is according to Trevor Pretty, Chief Executive Officer of Pretty Boy Worldwide, whose company has adopted the latter model with the aim to not only develop regional artists but to launch successful careers.

Speaking on the sidelines of a Pretty Boy artist showcase held at Rascals in Barbados last December, Trevor Pretty revealed that the event was the climax of a two week songwriting camp. He said the intense workshop was attended by singers, songwriters and producers from Trinidad, Dominica, CuraÃ§ao, St. Maarten, Miami, Philadelphia and New York. Some of the participants were handpicked after they took part in the 4th CARIFORUM-EU Business Forum held in Germany.

The Caribbean Export Development Agency (Caribbean Export) staged the business forum in September 2019 in an effort to expose regional entertainers to European music executives and consumers.

Trevor Pretty explained: We picked the best artists [from the business forum] and we are going to develop their careers. We talked to each artist, found out what their genre was, their direction and the stories they wanted to tell and we created new records for everybody, everybody got an album. It wasn’t just a music camp, they wrote songs but they had a photoshoot, received graphic direction, had a social media workshop, shot music videos and had a live performance workshop.

At the end of the songwriting camp there was a showcase where some of the artists performed for music executives from major music labels, international publicists, publishers, managers, branding companies and key radio personalities from the United Kingdom (UK) and the United States.

The Pretty Boy CEO disclosed his goal was to get artists signed to international publishing or record deals, joint ventures and tour opportunities through his independent Caribbean company.

The Caribbean is a focus point, it has been for a very long time but we do this thing where one artist makes it and then there is a gap, and then another artist makes it, what we are planning is that a bunch would go together.

Artists being discovered in the Caribbean, that’s one angle, in every other part of the world artists are being developed. We have adopted the programme of developing artists and from this their careers will be launched, Trevor Pretty outlined.

Keecia Ellis of Jack Russell Music Publishing praised the songwriting camp, stating she had seen growth in the artists that she had met just two months prior at the 4th CARIFORUM-EU Business Forum. Being able to witness such a growth in a short space of time was excellent because it means they are really in development for the music industry, she observed, adding that the business forum was an excellent idea since the artists were exposed to the UK format.

Emerging talent is really what we are after, said the music executive whose company solely deals with Caribbean genres. She outlined that Jack Russell Music Publishing was open to signing publishing deals, assisting with artist development and creating collaborations between Caribbean and UK artists.

Lauding Pretty Boy Worldwide and Caribbean Export for staging the songwriting camp and showcase, Keecia Ellis said, It is definitely needed. Caribbean culture is such a great thing and a lot of Western communities take that culture and make it their own. The potential within the Caribbean community is beyond belief and I feel we could expand it into the Western world because a lot of the music they are making is ours anyway.

One of the artists handpicked by Trevor Pretty to attend the songwriting camp in Barbados was Kenyo Baly, who hails from the island of St. Maarten.

Describing the experience as magical, Kenyo said, Being surrounded by artists, producers, and videographers from the Caribbean and being able to relate and exchanges differences, [it made] the creative process so amazing.

He admitted he gained tremendously as his songwriting skills have improved. Being here you see different styles of writing that might be a bit more structured than yours. I hope to get better with my songwriting because that is where the money is at. So besides being an artist, I see myself writing songs for a bunch of people.

Kenyo Baly expressed gratitude to Pretty Boy Worldwide and Caribbean Export for providing a platform to help advance business opportunities in the field.

Being a boy from the small island of St. Maarten which is only 37 square miles, this is a milestone to have the opportunity to be before executives from Universal, Def Jam, and Sony. It is almost like I didn’t have these resources but having these resources now I did my best even though I was nervous at first. I got really good news tonight. I am grateful for Pretty Boy Worldwide for giving me this opportunity and it is very important for Caribbean Export to support initiatives like this because not everyone has access to these resources We wouldn’t be here without Caribbean Export, Kenyo Baly affirmed.

The Pretty Boy Worldwide CEO agreed with this statement; he too commended Caribbean Export for providing technical support to regional businesses who were seeking to enter new markets.

Big companies always want to acquire small companies, so with Caribbean Export supporting stuff like this, it gives us the freedom to create without the pressure of having to sign away your career so quickly. It gives us a chance to be independent because being independent is expensive. People keep say don’t sign major deals but if you are independent you have to look for hundreds of thousands to spend. With stuff like this you get a chance to get over some of the hurdles, because the development and creation process is very expensive. To see if the artist is good enough is expensive. and with Caribbean Export’s support we were able to go through that process in a reasonable way. The support was needed and the artists are extremely appreciative, Trevor Pretty insisted.