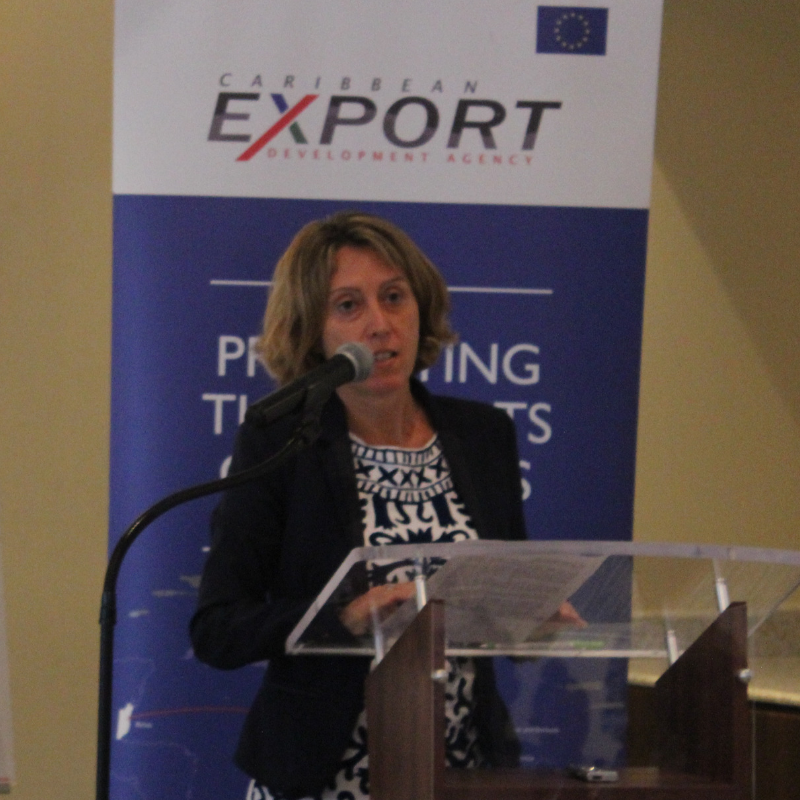 The Caribbean Export Development Agency in collaboration with the European Union, GIZ and BCSI commenced a two-day workshop for practitioners in the creative and cultural industries of CARIFORUM.Â  The Agency hosted forty (40) representatives from across CARIFORUM to support the building of capacity in the areas of music, fashion and craft in particular.

The workshop was designed to enhance the capacity of cultural practioners in comprehending the dynamics of the above mentioned global industries, thereby fostering opportunities for the export of CARIFORUM cultural and creative goods and services.

At the opening of the workshop Janet Moreno, Team Leader for Economic and Social Development Support at the Delegation of the European Union to Barbados, the Eastern Caribbean States, the OECS and CARICOM/CARIFORUM informed that the EU planned to support the Region over the next four years with the implementation of the EPA specifically in the area of intellectual property â€œFor the coming next 4 years, the European Union plans to further support the Region with the implementation of the EPA by providing more than 20 Million euros for important areas such as intellectual property rights.â€

The workshop covered topics such as branding and marketing; creating a unique value proposition.Â  Further participants were able to get a greater understanding of intellectual property (IP) and how to utilise the opportunities under the CARIFORUM-EU Economic Partnership Agreement (EPA).

The cultural and creative industries globally grew by 14% following the economic downturn of 2008 and thus Regional governments have realised the potential economic benefits of a strong creative sector and have prioritised its development.

â€œThe global creative industry is valued at some 2.2billion USD and employs 29 million people.Â  The Caribbean has contributed towards this, but as a region our practioners and governments still have not unlocked its true economic potentialâ€ expressed Allyson Francis, Services Specialist from Caribbean Export.

Sanya Alleyne, Technical Trade Advisor at GIZ stressed the importance of practitioners becoming familiar with emerging technologies, â€œIt is imperative that CARIFORUM practioners become familiar with the emerging technologies that are changing production processes, distribution and marketing methods and even, access to finance. The digital economy, is well suited to aid CARIFORUM practioners in overcoming current market entry hindrances.â€

Caribbean Export is committed to the development of the regional cultural and creative industries.Â  The two-day workshop coincided with the celebration of Services weekend in Barbados which saw a number of performances and displays at Firefly Shows which the Agency also supported.