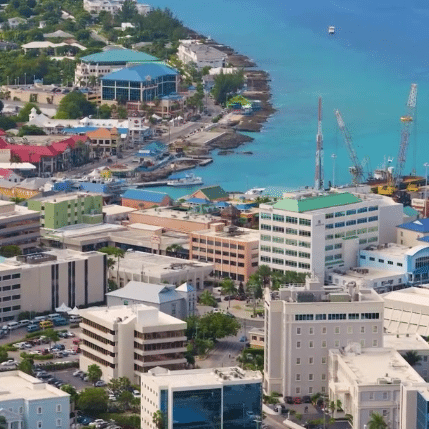 Bridgetown, BARBADOS, October 17, 2017.Â  The global market for business process outsourcing (BPO) is currently valued at USD $1 trillion with cross-border outsourced services trade between countries estimated at US$88.9 billion per year in 2015. The Caribbean is carving out its niche within this global industry with the number of BPO operators and jobs growing exponentially. Â One company thatâ€™s thrived since outsourcing to the Caribbean is the Dutch owned company Cimpress (Vistaprint).

Vistaprint Jamaica Ltd. began operations in Montego Bay in 2003 to provide contact centre services for Cimpress (Vistaprint), a company based in the Netherlands which specialises in the mass customisation of marketing materials and web-to-print systems. By 2008 Vistaprint Jamaica was the first subsidiary of Cimpress (Vistaprint) to have a dedicated graphic design services unit. Between 2010 and 2012 it had some 600 employees and had constructed a state of the art customer service facility worth USD$25 million.

With the growing trend to outsource business processes to nearshore markets, and, governments, business representatives and other stakeholders throughout the Caribbean are seeking to capitalize on on the potential economic benefits afforded by this sector.

Over 100 stakeholders will meet later this year in Jamaica to explore various avenues to secure BPO investment and to demonstrate to potential investors the advantages of doing business in the Caribbean.

Caribbean BPO services providers, government officials, telecommunications firms and training institutions will come together at the first-ever Outsource to the Caribbean Conference (OCC) which will take place on December 6, 2017, at the Iberostar Rose Hall Beach Hotel in Montego Bay.Â  The Conference, which is organised by the Caribbean Export Development Agency in conjunction with the Caribbean Association of Investment Promotion Agencies (CAIPA) and the Jamaica Promotions Corporation (JAMPRO) will be held under the theme â€œLeveraging the Nearshore Caribbean for Outsourcing Servicesâ€. Â OCC2017 is being funded in part by the EU via the 11th European Development Fund (EDF) and comes at a time when the Caribbean region is emerging as one of the most attractive destinations for BPO.

Prime place for international companies to invest and outsourceÂ

Chief Executive Officer of Caribbean Export, Pamela Coke Hamilton, explained why the Caribbean is the prime place for international companies to invest and outsource their services.Â  â€œThe Caribbean is a reliable business partner; it has one of the lowest perceived risks in the Latin America – Caribbean region, is politically stable with well-functioning institutions, efficient government and low levels of corruption. The overall regulatory system is conducive to business activities.â€

The President of CAIPA, Ms. Diane Edwards (who is also the President of JAMPRO) pointed out that the Caribbeanâ€™s geographic location makes the region a perfect gateway to markets in North, Central and South America.Â  â€œAnd with the growing need for mainland North American firms to outsource functions to a competitively priced and easily accessible destination, the Caribbean is well positioned as a nearshore solution.â€

According to Edwards, the region is also well placed to offer services to not only North America, but also Europe and South America, given the strong multi-lingual talent pool in the region. Ms. Diane Edwards also posited that beyond the talent pool, companies outsourcing business to the Caribbean have a wealth of other advantages.Â  These include a supportive regulatory framework with many territories offering special economic zones where service providers can benefit from reduced tax benefits; low real estate costs and a cost efficient infrastructure, allowing for low operational costs. â€œThe Caribbean,â€ she concluded, â€œhas ably demonstrated, time and again, that it has much to offer.â€

For the past 15 years, the sector has grown exponentially thanks to the telecommunication liberalization in the early 2000s.Â  This accelerating growth is expected to continue over time, with Caribbean destinations attracting more BPO investment.

Ms. Coke Hamilton noted that a 2015 study of nine selected countries in the region had revealed that the Caribbean BPO industry was comprised of more than 200 delivery centres and 74,000 agents, showing an increase of 44,700 workers in only five years.

â€œDuring this period the industry has grown at an impressive Compound Annual Growth Rate (CAGR) of 17%. BPO and other professional services generated over US$2 billion in revenue in 2014 and research shows that companies in the region generate close to US$25 million in revenue for every 1,000 agents. Additionally, the level of profit is around 7% for call centres and close to 15% for non-voice, back-office shared services,â€ she noted.Â

Another BPO company which is steadily growing and attracting investment from international companies is the Barbadian software startup, Simplified Apps.Â  This business developed several web and mobile software applications for large organizations and for multiple markets and is focused on developing a cluster of software driven subsidiary startups that are able to strategically integrate and share resources.

Chief Executive Officer, Curtis Padmore, explained that the business was successful in attracting large organizations as customers for the software developed by his teams, pointing out that one such satisfied international investor was BlackBerry.

Speaking to the importance of BPO in Barbados, he noted: â€œI believe the BPO that best fits (Barbados), is where the intellectual property is created and owned in Barbados [and then] monetized, targeting offshore customers.â€Â  The young entrepreneur recently started another BPO company which will â€œallow Simplified Apps to structure as an umbrella company, leveraging its resources to accelerate the growth of the new startup.â€

Part of the OCC2017 strategy for attracting BPO to the region is to secure investment beyond the usual voice-based services like contact centres.Â  The focus will now also be on additional opportunities like Back Office Automation; Shared Services; Finance and Accounting; Human Resources; Legal Processes; Animation Services; Graphic Design; Web Design; and Data Entry Services.

Senior Advisor, Investment Promotion, at the Caribbean Export Development Agency, Suzette Hudson, is of the opinion that business persons who work in those sectors should attend OCC2017.Â  â€œParticipants will be able to network and gain some insight into regional offerings and the service possibilities available through an impressive programme of plenaries and one-on-one engagements,â€ she noted.

The Senior Advisor also discussed what persons attending the conference should expect.Â  Prior to the main event a welcome reception for participants as well as the Regional Investor of the Year Awards will take place on December 5.Â  The following day on December 6, activities will include a session on Outsourcing Trends for the Next Decade: Opportunities for the Caribbean; a discussion on the Caribbean Talent-pool; business-to-business meetings; and the sharing of Caribbean success stories.Â  On December 7 a tour of BPO facilities in Jamaica will be conducted.