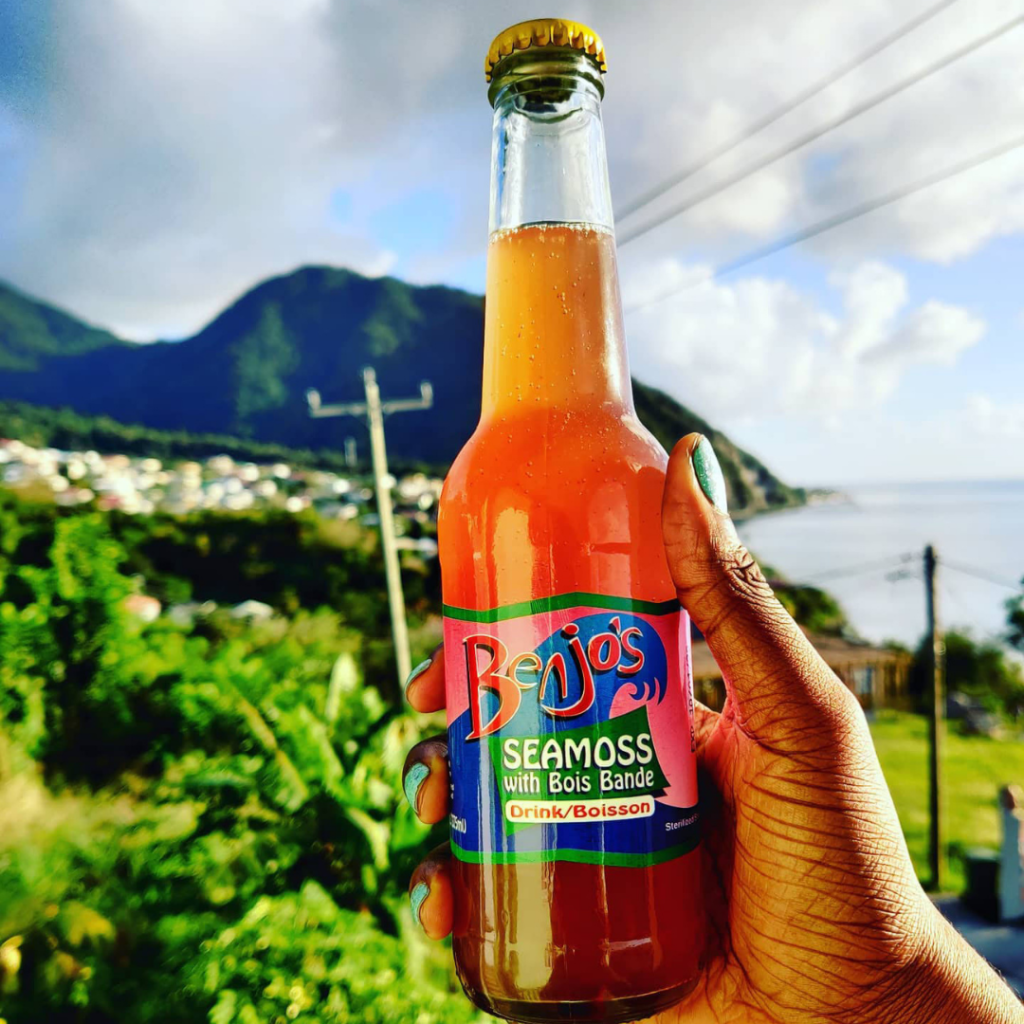 Sea moss, also referred to as Irish sea moss, is a type of red seaweed or algae found around the shores of the Caribbean, North America, and Europe.

On several Caribbean islands, sea moss has been used medicinally for centuries, but it has recently become increasingly popular around the world as a so-called superfood because of its various health benefits.

Pure or unrefined sea moss is high in antioxidants, vitamins A, B, C and D and contains zinc, iron, magnesium, potassium, and iodine.

Sea moss is also versatile as it can be made into a jelly and added to all kinds of foods including smoothies, sauces, and soups. It can also be blended with milk, sweeteners, and other ingredients to make a healthy drink.

Over 25 years ago, Dominican entrepreneur John Robin realised the potential for sea moss when he was studying in Canada for an associates degree in fisheries development.

John started working on a project around seaweed and that’s when he got the idea for his business Benjo’s Seamoss.

He recalls: I realised in the Caribbean that we have lots of people who know about sea moss in the various islands but nobody had commercialised it or made it readily available. My idea was to globalise the production and distribute sea moss around the world.

Seaweed presents tremendous backward linkages for agriculture in Dominica and the Caribbean. Seaweed has around 2,500 different applications so we need to utilise the potential of this product. Beverages is just one aspect.

When John returned to Dominica he set about researching ways to bottle sea moss, extend its shelf life, and build a Caribbean brand on the same level as American soft drinks giant Coca Cola.

He joined with a partner to establish his company and, after overcoming some initial spoilage and product development issues, they created their meal in a bottle concept which touted the nutritional health benefits of sea moss.

John explains: By consuming seaweed on a regular basis, the body can be purged of some of the impurities that we ingest through our food, water, and even the air that we breathe. The minerals in seaweed are also in the right quantities for the body to absorb and use on a daily basis, that’s why there is a global demand for sea moss right now.

Benjo’s Seamoss is made from seaweed that has been cultivated in the Caribbean. It currently comes in eight flavours; original, peanut, oats, linseed, pure, bois band, ginseng and ginger but can be adapted for individual markets.

John says: Once we get the sea moss we store it, wash it, boil and blend it and then mix it with other ingredients. We have a standard and well established formulation. Most people describe our product as the best tasting sea moss in the world.

John characterises his company as one of the most successful projects in the OECS. Benjo’s Seamoss is currently the largest drinks exporter from Dominica with 95% of the product being shipped to 20 countries in the Caribbean and worldwide.

John says the key to growing his company has been consistency along with customer service. We spend a lot of time on market research and continuously listening to the customer, John explains.

We try to determine what the customer needs, we respond to that, and then exceed their expectations. We continue to innovate, introduce new products, and have a professional approach to everything we do.

John is thankful for the support he has received from the Caribbean Export Development Agency, especially in terms of access to regional tradeshows, but wishes there was more emphasis on assisting well-established brands along with start-ups.

He suggests: I really think we need to focus on the movers and shakers in the Caribbean and provide sustainable support in a holistic way rather than a piecemeal offering. Our region has ideas, we have global products, but there is no coordinated strategy to help major exporters and that’s keeping us back.

We have to find ways to create viable, big companies that can impact whole economies by providing employment, generating foreign exchange, and addressing the imbalance of trade in our region.

John has been in business for more than a quarter of a century but he has no intention of slowing down. In fact, he has ambitious plans to advance the reach of Benjo’s Seamoss even further by expanding from a national to a global strategy.

He adds: We want to expand on the operation in Dominica but we also want to do more in different regions in the world. Shipping is expensive so it makes more sense to set up a factory in the US, Asia or Europe.

We want to be a truly global brand.