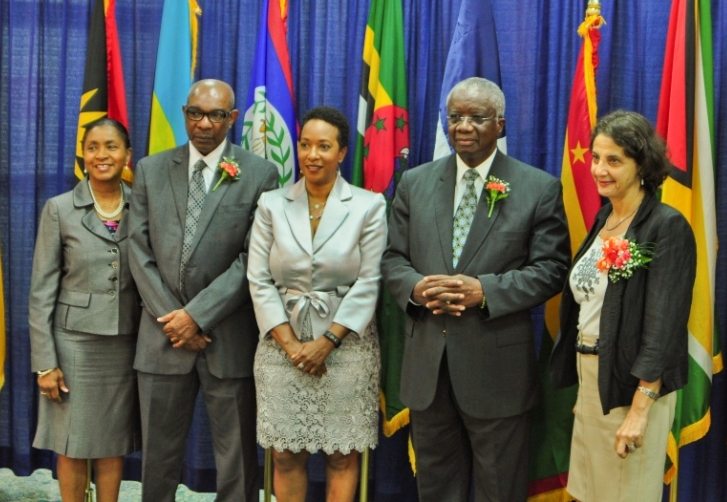 At the 11th EDF launch and signing ceremony, held yesterday at the Lloyd Erskine Sandiford Centre, Barbados, Head of Delegation of the EU to Barbados, the Eastern Caribbean, the OECS, and CARICOM/CARIFORUM, Amb. Daniela Tramacere highlighted that the EU remained the largest grant aid donor in the world and have set aside a total of 364 million euros for regional development; a substantial increase to the amount of aid provided under the previous regional development fund.Â  Of this current EDF cycle which runs from 2014-2020 the Caribbean Export Development Agency will implement the 24 million euro 11th EDF Regional Private Sector Development Programme (RPSDP).

The Agency which celebrated its 20th Anniversary last year will continue to build upon the two decades of successful EDF Programme implementation and â€œthis new Regional Private Sector Development Programme places even more emphasis on the development of the private sector as both a beneficiary and a partner in the delivery of the EPAâ€ commented Amb. Tramacere.

Pamela Coke-Hamilton, Executive Director at Caribbean Export reported that after the signing of the CARIFORUM-EU Economic Partnership Agreement (EPA) in 2008, exports from CARIFORUM to the European Union grew by 10% between 2009-2015, and indicated that countries such as Belize and the Dominican Republic experienced increased European exports: 20% and 34% respectively between the same period. â€œI would like to thank the European Union for their continued support in investing in private sector development and for being a true partner to the Caribbean region,â€ concluded Ms. Coke Hamilton.

The previous 10th EDF Regional Private Sector Development Programme (RPSDP) was given a positive overall assessment of medium-high by the EU in their implementation of some 260 programme based activities from which over 6000 SMEâ€™s across CARIFORUM benefited. Â Under the 11th EDF, focus will be placed on market penetration, supply chain and intelligence frameworks, increased access to finance, the promotion of green energy and energy efficiency as key factors in lowering costs and more targeted approaches to enhancing firm capacity. An extremely critical pillar in the success of this programme will be the improvement of the business enabling environment within CARIFORUM States.

The overall objective of this programme is to increase employment creation, inclusiveness, particularly for youth, women and indigenous groups, and overall poverty reduction in CARIFORUM states through targeted interventions that provide new and innovative frameworks for growth and development.