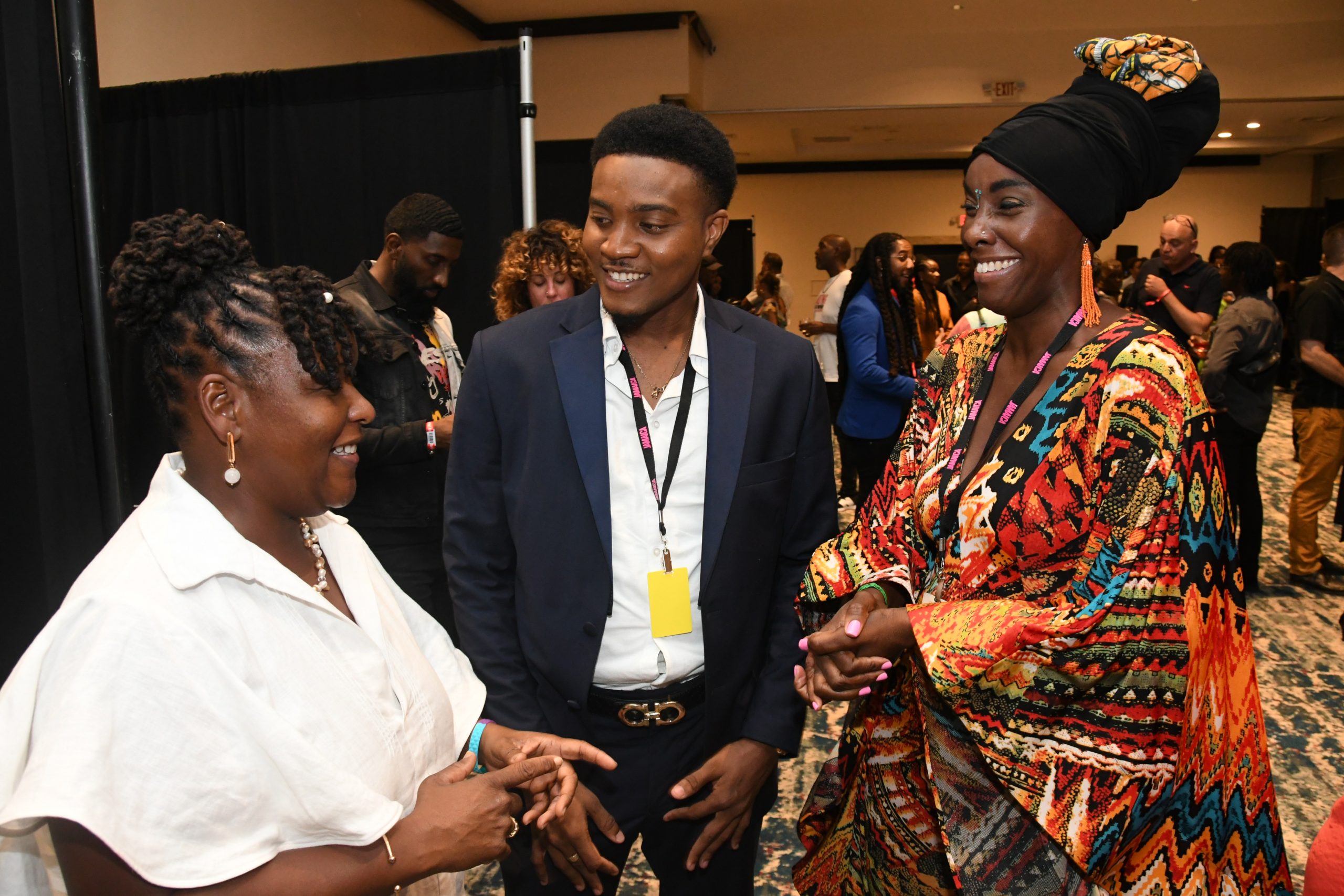 The event saw 20 artistes representing 10 Caribbean states being introduced to international music executives over a four-day period and also schooled on various critical elements of the music industry including publishing, royalties and the overall music business.

Now in its second year, the event culminated with a performance from the Jamaica Pegasus Hotel in Kingston, Jamaica, which was live streamed for global viewing. Following the performance the artistes had a chance to meet with the talent scouts in  one-on-one sessions to discuss possible alliances.

For A&R consultant Cristy Barber, who is now based in Nashville in the United States, but no stranger to Jamaica, the event was truly a boon for the development of Caribbean artistes.

“First, I must say I would have paid to see this show.  This is such a brilliant idea I have never heard of anything like this, and these kids brought it tonight. I’m so honoured that I was flown in to be one of the executives. What I purposely did since I have been here with them over the past couple days, I didn’t research any of the talent, I just got to know them personally. When I tell you that every single one of them was lovely, it was fun to hang out with them. It is one of the most exciting things I have seen in Jamaica and I have done 30 years here. I have just been encouraging them to keep doing what they are doing. I hope that the international market now knows that the Caribbean market is not just soca, calypso or reggae, these kids just showed us their range and strengths in the different genres… this was amazing,” said Barber.

Those sentiments were echoed by international producer and songwriter Nikki Fernandez. She added that the whole Caribbean Rhythm Showcase experience served to highlight the strong talent pool that exists in the region.

“It was amazing! Spending time with these incredibly talented young people with old souls was just a blessing. I believe that all of them will find an opportunity somewhere, no matter what. They bring so much to the table as artists and talent. This was an amazing opportunity for everyone concerned. Hats off to Headline Entertainment and Caribbean Export for sharing something that has been absolutely incredible,” Fernandez noted.

Some of the artistes are being taken on by UK-based vocal coach Bashiyra, who was part of the panel assembled by the team from Headline Entertainment and Caribbean Export for this year’s event.

“There are some real jewels here.  My thing is really about the artiste honing their vocals and knowing how to deliver whether it is in a live setting or translating that into the studio and their audio recordings. I would just encourage each and every one of them to continue to pursue the dream. For me personally I know there are a number of these artists that I will be taking on and training with vocal lessons and stage craft,” Bashiyra stated.

Staying true to themselves as artists was the critical lesson coming from Tanya Lawson, director of marketing, Caribbean & gospel strategies at Audiomack in the United States.

For Lawson the cohort which participated in this year’s exercise demonstrated that the region is awash with talent and that there is more in Caribbean artistes than reggae, dancehall, soca and calypso.

“If we keep staging events like Caribbean Rhythm Showcase we can show the variety of artistes who can come out of the region.  Yes people already know that different types of artistes come out of the Caribbean, it’s just that they need to be given this type of spotlight. Look at Nicki Minaj, she’s from Trinidad, look at Rihanna, she’s from Barbados … Rihanna’s the largest pop star in the world right now and she started off with that niche Caribbean thing and now she’s switched over to pop.  So from seeing all this talent you know it can happen again.  Don’t stop being you and think you have to conform for America.  To crossover just be yourself and they will pick it up. Look at afrobeats.  They stayed themselves, stayed in their lane and the sound was heard all over the world.  But I was pretty impressed by everything that was on show here this year for the Caribbean Rhythm Showcase,” Lawson pointed out. The acts who participated in Caribbean Rhythm Showcase were Lex MD, Kraff, Indie Allen, and Pink Fox from Jamaica; the Dominican Republic’s Mariela ‘La Marimba’ Velazquez. Ava Symone Barrett and Khia ‘Keeya’ Poitier from The Bahamas; Trinidad and Tobago was represented by  Dania Duntin, Aisha Noel and Jiselle ‘Jiselle Singer’ Singh; Arien Seaton from Antigua and Barbuda; Rhea ‘SugahRhe’ Ellis from Barbados; Colton ‘Colton T’ Thomas from the Commonwealth of Dominica; Ryan ‘Riggy Atmosphere’ Riggs from Grenada; Erica Edwards from St Kitts and Nevis; Javid ‘Jay-R’ Rouse, Krystian Mark and Derron ‘Magikal’ Rouse from St Vincent and the Grenadines, Jesse ‘Justos’ Nelson from Saint Lucia; and Jackie ‘Jaxx’ Hanover from Guyana.