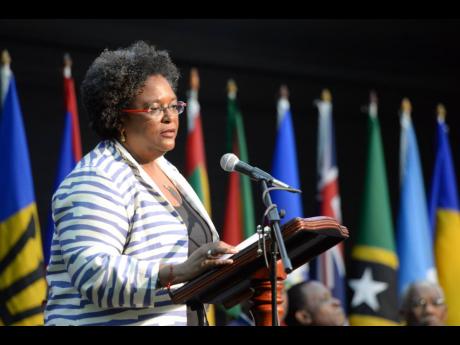 From a long-proposed Caribbean Business Council (CBC) and a waning Caribbean Association of Industry and Commerce (CAIC), the Caribbean Community (CARICOM) now has three new private sector organisations â€“ the Network of Caribbean Chambers of Commerce (CARICHAM), the CARICOM Private Sector Organisation (CPSO), and the recently announced CARICOM Manufacturersâ€™ Association (CMA). Does this herald a strengthening of private sector engagement in trade and economic matters within the region? Is this a goal achieved?

I first addressed the role of the Caribbean private sector in regional and international trade in my article in February 2019 when we were looking at the protracted establishment of the CBC. The special meeting of CARICOM Heads of Government in Trinidad and Tobago in December 2018 confirmed that implementation of the CARICOM Single Market and Economy (CSME) required deeper involvement of the regional private sector.

I concluded then that Prime Minister Mia Mottley of Barbados and her fellow CARICOM prime ministers and trade ministers had to actively encourage private-public sector dialogue at the national and regional levels. In addition, the private sector organisations in the region needed to be more actively involved in positioning themselves to become effective partners with government and in contributing to shaping the national and regional trade agendas and achieving sustained growth and development.

In April 2019, the Network of Caribbean Chambers of Commerce was established. I welcomed this in my article of April 24, 2019. I see that CARICHAM (motto â€“ growth through collaboration) now represents over 90,000 businesses from 21 chambers of commerce in 14 CARICOM member states, as well as in the British Virgin Islands, Cuba, the Dominican Republic, Guadeloupe, Martinique, and Saint Martin. Its work centres on disaster risk reduction/mitigation, promoting trade, improving advocacy and membership value, and sharing knowledge/best practices. The current chair is Dr Thackwray â€˜Daxâ€™ Driver, president and chief executive officer of the Energy Chamber in Trinidad and Tobago.

As chair of the Prime Ministerial Subcommittee on the CSME, Prime Minister Mottley championed forming the CPSO. In accordance with Article 22 of the Revised Treaty of Chaguaramas, the intent was to designate the CPSO and the Caribbean Congress of Labour associate institutions of CARICOM, meaning they will have a functional relationship and contribute to meeting regional objectives. At the 40th Session of the Conference of CARICOM Heads of Government in July 2019, it was reported that progress was being made in establishing this organisation which should be functioning by the end of 2019. I wrote about this in my article of November 13, 2019.

The update given at the Intersessional Meeting of CARICOM Heads held in Barbados in February 2020 was that the CPSO had been formed as a non-profit organisation located in Barbados. At this meeting, the CPSOâ€™s representative presented a draft report on increasing regional production and addressing food security. The Government of Trinidad and Tobago had pledged to provide technical assistance to complete this report.

Since then, information in the public domain about the CPSO has been sparse. From my inquiries, I am informed that its chair is Mr E. Gervase Warner, president and CEO of the Trinidad and Tobago-based Massy Group. The organisation has four principal organs, the general membership of regional private sector enterprises, the council, the executive committee of the council, and a technical secretariat. It seems that the CPSO is to be the principal private sector organisation and is to contribute to the full implementation of the CSME within five years. It is not clear at this point what its actual membership is. It is my suspicion that the organisation remains a work in progress.

At the 41st Session of the Conference of Heads held on October 29, the communiquÃ© informs that heads designated the CPSO an associate institution of CARICOM. They also agreed to the signing of a memorandum of understanding (MOU) between the Community and the CPSO Inc to cooperate in furthering CSME implementation. I understand that this MOU will be signed on Thursday, December 3. Media reports indicate that an MOU was signed on November 16 with the Government of Barbados and it seems this concerned the offices of the CPSO.

I assume that the CPSO was represented at the 51st regular session of the CARICOM Council for Trade and Economic Development (COTED) held virtually November 26-27. I hope that it will be fully established early in 2021 with an interactive presence on the Internet and will be able to state its membership which should be a current priority.

On November 27, there was a surprising announcement that manufacturing associations from six CARICOM member states â€“ Barbados, Dominica, Guyana, Jamaica, St Lucia, and Trinidad and Tobago â€“ had formed the CARICOM CMA. The Barbados association currently holds the chairmanship. This association will enable regional manufacturers to coordinate positions and to cooperate to benefit from the CSME.

Although the CPSO has the status of an associate institution, I am assuming that, as in the past, all the regional private sector organisations will be represented at COTED meetings. CARICHAM and CMA should now join the already existing Caribbean Poultry Association, the Sugar Association of the Caribbean, and the West Indies Rum and Spirits Producers Association. The services firms are represented by the Caribbean Network of Service Coalitions.

I would expect that all these regional private sector bodies will now need to be associated with the CPSO, which should be in a position to effectively consult with and coordinate their positions if the regional private sector is to have a unified position. The CPSO, in my view, as the premier regional body, also cannot only confine itself strictly to CSME issues, but must be able to represent the region in bilateral, plurilateral and multilateral trade and economic deliberations where private sector representation is required.

Although I continue to have questions about the CPSO as constructed and about private sector fragmentation, I am welcoming the establishment of the CPSO, CARICHAM and CMA. I wish them success in their organisation, management and coordination. I want to see the regional private sector actively engaged in CARICOMâ€™s economic recovery and transformation in this time of COVID-19.