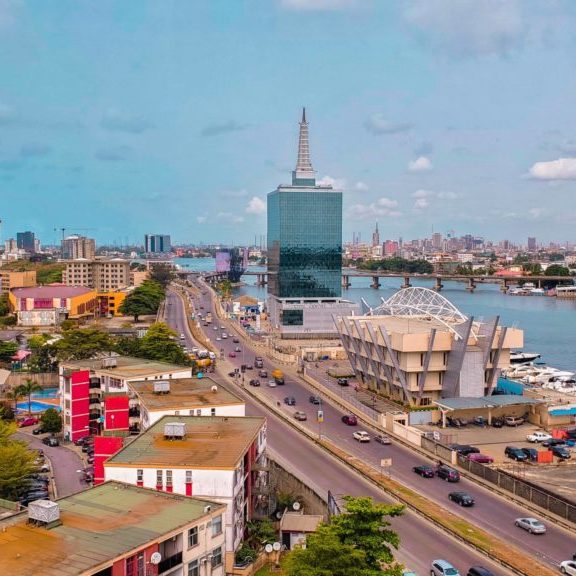 Many Caribbean countries mark Emancipation in the month of August. Indeed, the CARICOM Community celebrates this historical milestone on 1st August annually.  During this time, we reflect on the end of slavery which will forever remain a stain etched on the collective conscience of humanity.  We use the remembrance of Emancipation to celebrate the deep and inextricable bonds we as Caribbean people have with Africa. Thus far, these connections have largely remained in the historical, cultural and people spheres. This must change to also include translating our excellent ties into trade and investment relationships that will redound to the benefit of people here in our Region and in Africa.

For those who follow developments in Africa, May 2019 marked the dawn of an exciting chapter in the continentâ€™s continued ascent. It ushered in the start of the African Continental Free Trade Area with a cogent and compelling vision with Africa as one mega free trade area.  Just in terms of countries participating, it is already the largest free trade area in the world given the number of states who are members. Africaâ€™s rise is also eloquently illustrated by the data. Whilst the entire world is reeling from the coronavirus pandemic and most countries and Regions like ours showing negative growth, the African Economic Outlook done by the African Development Bank noted that real GDP is expected to grow by 3.4 percent despite the COVID-19 pandemic.

Countries such as Mozambique have been receiving record levels of foreign direct investment. Yet, whilst Asian countries led by China have been rushing to Africa, we have largely lagged behind in terms of pursuing an aggressive trade and investment relationship with Africa. The opportunities to partner with Africa and a market of an estimated 1.4 billion people are immense.  As we seek to advance an agenda for a resilient Caribbean, it is not only important to shore up existing trade partnerships but to also look to new relationships on the trade and investment front. The world is changing and so must we.

In terms of trade data, according to the United Nationsâ€™ International Trade Centre trade map, CARIFORUM countries (CARICOM and the Dominican Republic) exported US$249.2 million worth of goods to Africa in 2018 which grew to US$601.4 million in 2019. Though this is a step in the right direction it is still a fraction of what can be realised once we make a concerted push to Africa. The obvious question is then, how we go about ramping up our commercial relationship with Africa.

Firstly, we need to shift from political diplomacy to one that includes a commercial focus giving Africa the priority it deserves.  Some progress has been made on this front with the establishment of missions in several African capitals by Caribbean countries. We are also seeing results. Just last month, I participated in the signing ceremony where Caribbean companies Global Integrated Fintech Solutions (GIFTS) and IPayAnywhere (Global) signed an MOU with Nigerian giant TelNet relating to the provision of a range of payment services. What was different about this relationship is that it ushered in a partnership focused on the new economy and not the classic relationship in the trade of commodities. The Barbados High Commission in Ghana played an instrumental role in bringing this to reality hence the emphasis on strong commercial representation. Similarly, the joint mission of CARICOM countries established in Nairobi, Kenya must pursue the same objective with a focus on East and Southern Africa.

Secondly, as we build a relationship with Africa and seek to also attract tourists from the continent, we must also deepen our relationship in the services sector other than tourism.   We already have Caribbean expertise serving in Africa in places like Mozambique supporting the development of their energy sector. However, this is individual and ad hoc. We need to be more systematic and look to areas such as tourism where we have demonstrated expertise and find ways of marketing our knowledge in such areas to countries where this assistance is required.

Thirdly, as the youngest continent on the planet with approximately 60 percent of the population under the age of 25 and with a growing middle class, there is immense potential for our creative sector. For example, Caribbean music remains popular in Africa, but we need to be more proactive in identifying the market opportunities and support our artistes in accessing them through digital and other platforms building on initial efforts such as the successful collaboration between Caribbean Soca artistes like Machel Montano from Trinidad and Tobago and Nigeriaâ€™s Timaya. By focusing our creative sector on Africaâ€™s vibrant young people, we will be building a relationship for years to come.

Finally, it is important to underline that building this relationship with Africa and its private sector is not only the remit of the governments across the Region. Business has an important role to play in reaching out to Africa as has been done by institutions such as Republic Bank which has established operations in Ghana. Private sector organisations such as the chambers of commerce and manufacturers association need to also establish relationships with their counterparts on the continent. We at the Caribbean Export Development Agency recognise the importance of helping to build this bridge. This is precisely the reason why the identification of new trading relationships is an important part of our Strategic Plan for the period 2021 â€“ 2024. We have already started initial outreach to institutions such as the East Africa Chamber of Commerce. As a Caribbean person who has lived, worked and travelled across Africa, I have seen first-hand the seismic shifts taking place on the continent. It is time we also make this pivot to Africa investing the requisite time, effort and energy. In a rapidly changing world, bolstering our relationship with Africa is no longer an option but should be a key element of our strategy to help build Caribbean resilience.