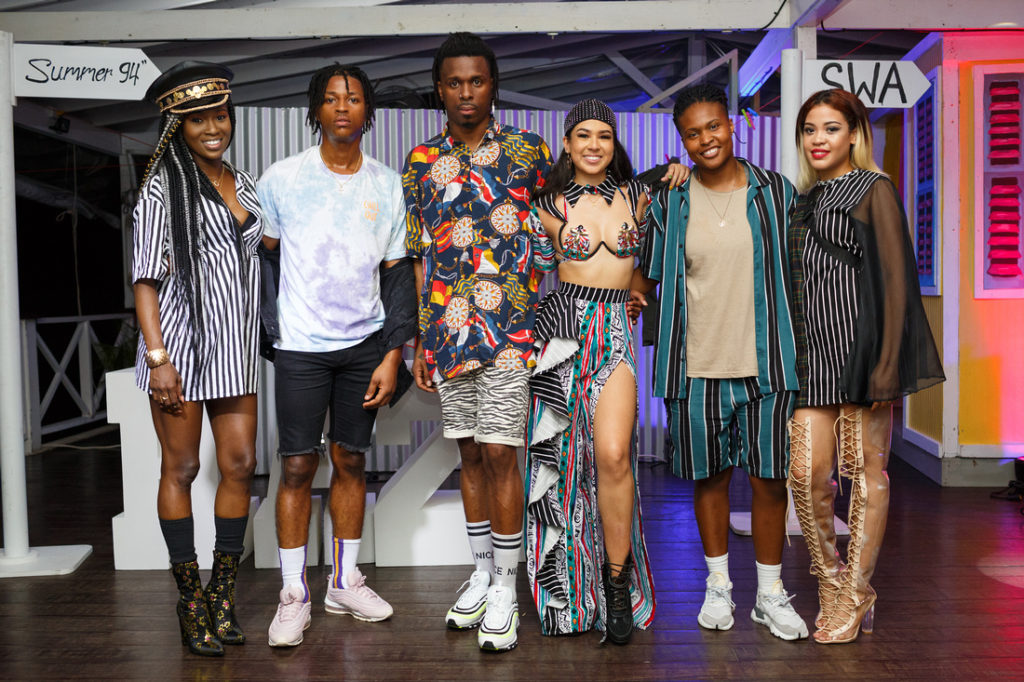 Watch out world, the Caribbean is coming for its own piece of the global music pie!

Thatâ€™s the intention of Trevor Pretty, CEO of Pretty Boy Worldwide and Pretty Boy Music and Publishing, a Caribbean independent label dedicated to exporting Caribbean artists internationally, while ensuring that 50% of the profits earned are returned to the region.

And unlike many regional counterparts, Pretty Boy Worldwide is not only targeting the United States (US) market. Instead, Trevor is also focused on getting his artists known in the United Kingdom (UK), Europe, Asia and Australia.

â€œAsia likes anything that has any culture attached to it. More reggae, dancehall and R&B artists do better in Asia. Europe is the same thing. How they consume the music is so different. We studied the markets big time and decided these are the markets we want to go into,â€ he said.

The Caribbean Export Development Agency ( Caribbean Export) is also committed to prioritising the export of music under the EPA and is hosting the 4th CARIFORUM-EU Business Forum in Frankfurt, Germany from September 26- 28, 2019. This event, which is being held in collaboration with the European Union and Deutsche Gesellschaft fÃ¼r Internationale Zusammenarbeit GmbH (GIZ) will provide a platform for Caribbean musicians to meet with their European counterparts and explore opportunities to enhance the penetration of Caribbean music into Europe.

Trevor Pretty reasoned that Caribbean music has been performing well in the European and Asian markets and pointed to reggae sensation Chronixx who toured Japan for a month. He also mentioned Konshens, a dancehall artist who performed in several European countries in 50 days.

Hailing from Barbados, the Pretty Boy CEO sought to highlight the talent signed to his label differently. Instead of auditioning at record companies, he staged the Pretty Boy Experience â€“ a four-day cultural trip to Barbados in June, 2019.  Industry executives and media professionals were invited to experience the labelâ€™s music firsthand.

Over a dozen radio producers, DJs, music journalists, A&Rs (artists and repertoire) and music scouts from the UK, the US and the Bahamas signed up. The Caribbean Export played an integral role in bringing four of the executives into the island.

Dan Bean, a British DJ and consultant with Black Butter Records, said he believed the potential for Caribbean artists in the UK hasnâ€™t been fully explored. However, he said the expansion and evolution of the digital age opened new opportunities for the music.

He said Caribbean sound was already being consumed in mainstream genres such as pop.

â€œWe have seen in the last few years that big pop stars like Justin Bieber are borrowing tempos, riddims and instruments from the Caribbeanâ€¦. Sonically people might not realize that the record they like has origins in soca, reggae or dancehall. So I feel like everyoneâ€™s ears are prime for [Caribbean music] but it just needs the right infrastructure for people to start shining light on the wealth of talent in the region,â€ he outlined.

For him, the Pretty Boy Experience confirmed that there was so much diversity in the regional product, ranging from old school reggae to modern soca to contemporary R&B. â€œYou have varying genres and styles that donâ€™t need to fall into pigeon holes and categories, itâ€™s a melting pot much like the Caribbean.â€

Dan Bean expressed â€œthanks and humblenessâ€ to Caribbean Export for bringing him to the island. â€œI am going to spread the word through my platforms about all the good things going on here,â€ he promised.

Trevor Pretty explained the purpose behind staging the Pretty Boy Experience: â€œThe idea is that if [industry executives] come to the Caribbean, they would understand the culture by tasting the food, enjoying the music and seeing the sights. There is a big Afrobeats movement happening in the UK and lots of people have been going back to Ghana, Nigeria and other parts of Africa, and that is making the music even bigger.

â€œSo we figured that if we can have a Caribbean movement, they should come to the Caribbean to experience the culture, because people just think about Jamaica when they think Caribbean.â€

The usual audition process before a successful signing includes countless meetings, performances and artist showcases. â€œIt does not happen overnight, so bringing the industry executives here for the weekend, they have said to me they learnt so much more about the artists in this four to five-day period than by having meetings in their office.â€

While on island, the visiting group experienced Caribbean culture, attended rehearsals and listening parties featuring Shiloh from St. Vincent and the Grenadines; Blvckhaze from Curacao; Arii Lopez who grew up in Jamaica; Sherika Sherrard, who was born and raised in the UK to her Guyanese mum, and Briel Monroe, who is of Barbadian descent but grew up in the US.

Another music executive was Jennifer Goicocehea, Director of A&R at Epic Records, who spends most of her time between Atlanta and L.A.

She said the Pretty Boy Experience gave her the incredible opportunity to see the artists in their space. â€œI feel like this helped me to see the vision,â€ said the music executive responsible for signing Hood Celebrity, a Jamaican currently taking the US market by storm with her popular tune, Walking Trophy.

Jennifer was really impressed with how developed the Pretty Boy artists were. â€œI was pleasantly surprised to see people had actually rehearsed, when you came into their space they were writing and actively grooming their talent.â€

She believes there is a demand for Caribbean music in the US. â€œA super big dancehall artist hasnâ€™t come out in a while, so I think our appetite is open, we just need the acts.â€

Adding that Caribbean music â€œbrings funâ€, she believed the music should be exported to the US market in its authentic form.  â€œI definitely think the talent was on a level that could service our market but of course with anything, you need to work on visuals, develop the content and what their actual story is. I think in the States what we appreciate is the story,â€ she explained.

Jennifer praised Caribbean Export for â€œbringing the opportunities to people who wouldnâ€™t normally get it.â€

Also blown away by the talent was Allyson Francis, Services Specialist at Caribbean Export; she explained why the agency assisted the Pretty Boy Experience.

â€œAt Caribbean Export we are committed to supporting the development of the Caribbean cultural and creative industries and with the level of interest from the music executives and media persons subsequent to the performances we are really encouraged,â€ the Services Specialist at Caribbean Export expressed.

Since the showcases Pretty Boy Worldwide has been presented with a number of offers for their artists as well as music distribution deals in Europe and Asia.

Also at the showcase was Henrie Kwushure, a presenter at Reprezent Radio in South London; she described the Pretty Boy Experience as â€œamazing and completely differentâ€.

â€œAlthough there is strong Caribbean heritage in London, one can never truly experience the lifestyle until you come hereâ€¦, you get to see people in their authentic spaces, in London you just hear stories about itâ€ Henrie observed.

Insisting there was definitely a market for Caribbean music in the UK, she pointed out it was heavily dominated and influenced by Jamaican dancehall.  The radio presenter complained that some Caribbean artists in London even spoke Jamaican patios although they were from other islands.

â€œThat needs to changeâ€¦, if you are from a different island you represent it to the fullest so someone who is not from the Caribbean donâ€™t see you as a homogenous Caribbean personâ€¦

â€œThere is a very strong Jamaican influence in London but there could be more singularity from the different islands so we know what is whatâ€¦ and that should also come forth in the music. Dancehall is prominent but I feel there should be some more socaâ€¦,â€ Henrie Kwushure suggested, adding it was a â€œbig thingâ€ in England to highlight where you are from especially if you were black.

Music is a key element in the creative industry and the Caribbean Export Development Agency has been instrumental in providing technical assistance, business development support and access to finance to music industry professionals who are seeking to export their talent and services. (SP/Caribbean Export)