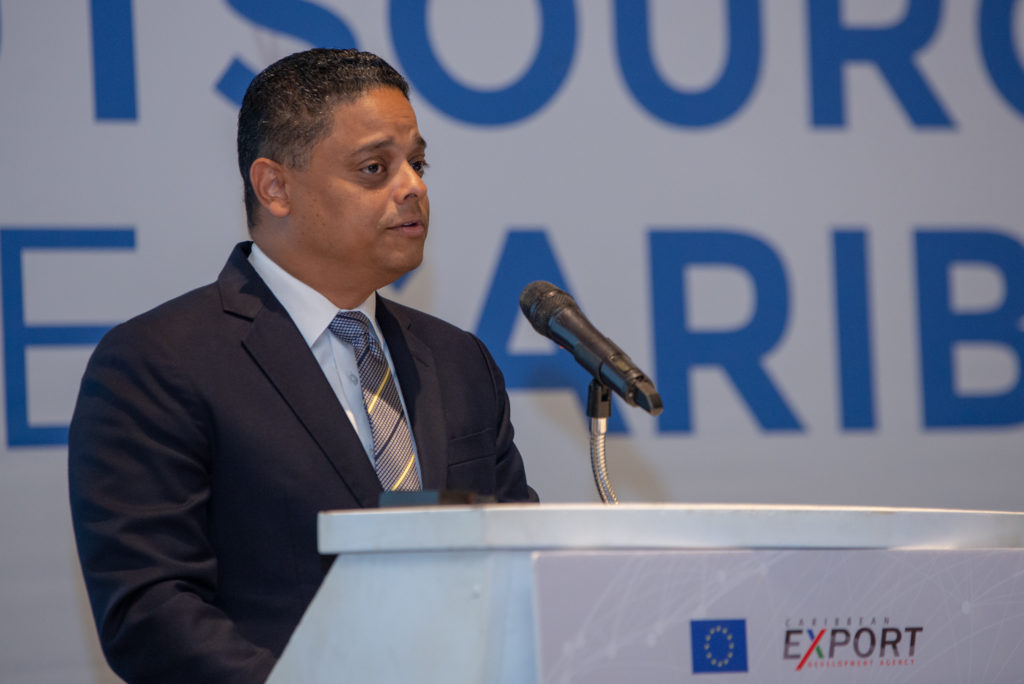 President of the Caribbean Association of Investment Promotion Agencies (CAIPA), Tessa Jacques in her opening remarks of the conference, shared that â€œWeâ€™ve done the homework and the site selection companies and potential investors have indicated to us that they know the Caribbean but have challenges identifying our individual territories. This is not a bad thing. Our goal as CAIPA is to build on this perception of the Caribbean and identify for investors niche opportunities in each of our territories.â€

Collaboration between the Caribbean countries was the main theme throughout the conference for the region to achieve long term success in the industry.  Jamaica is one country applauded by the Hon. Eugene Rhuggenaath, Prime Minister of CuraÃ§ao, for its growth in the sourcing sector as it has led the way in the regions BPO industry â€œJamaica is a pure example of the success in the BPO industry, with over 36,000 employees from 60 players.  Jamaicaâ€™s BPO industry has grown on average 20% per year and is expected to continue growing 15-18% in 2019.  Congratulations Jamaicaâ€.

Jacques highlighted that in 2010 the Caribbeanâ€™s BPO sector provided employment for 47,000 workers, and by 2015 this figure had grown to 74,000 and continues to grow.  With companies generating close to US$25million in revenue for every 1000 agents.  The opportunity for the Caribbean to capitalise upon technology enabled service delivery is apparent. Ahead of the conference Caribbean Export carried out a poll on the OCC website and found that 60% of all first-time visitors to the site had intentions to expand in the region within the next 12-24 months.  This is a strong signal of continued growth in the sector in the near to medium term.

â€œThis impressive growth in the BPO sector will accelerate and become even bigger for Caribbean destinationsâ€ continued the Prime Minister as he underscored that the success of the Caribbean was deeply rooted in its heritage, diversity, versatility and creativity as â€œOne Caribbean, one nearshore solution for our partners in the Americaâ€™s, Europe and even Africaâ€.

At the event, two Memorandums of Understanding (MoUs) were signed between Caribbean Export, CAIPA, the Caribbean Association of Telecommunications Organizations (CANTO) and the ACCA Caribbean. This is an indication of their commitment to work together to continue supporting the growth and development of the Caribbeanâ€™s BPO sector.

The next edition of the Outsource to the Caribbean Conference is scheduled for 2021.