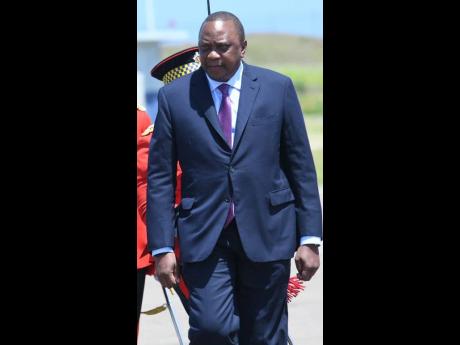 In the past week, there have been developments in other areas of the regionâ€™s foreign trade agenda which are of note. They are as follows:

â€¢ CARICOM-USA â€“ The USA has extended the Caribbean Basin Trade Partnership Act (CBPTA) for 10 years to 2030. I actually viewed the session of the US House Ways and Means Committee which considered the bill and recommended its adoption. This was a bipartisan effort. It was clear, however, that the adoption of the bill emphasised the interest of Haiti, the only least developed country (LDC) in the Western Hemisphere. Other CARICOM member states need to ensure that they are using the market access preferences granted under these arrangements.

â€¢ WTO DG SELECTION â€“ At the World Trade Organization (WTO), the candidates for the post of director general (DG) were further narrowed to two women, Dr Ngozi Okonjo-Iweala of Nigeria and Ms Yoo Myung-Hee of South Korea. Indeed, history is expected to be made as a woman should be the next WTO DG, if all goes to plan. The question is, which one will receive the support of a critical mass of the 164 WTO members, including the principal trading powers, by November 6?

The 79-member Organisation of African, Caribbean and Pacific States (OACPS), which also operates at the WTO in Geneva, has formally endorsed Dr Okonjo-Iweala. From this, I am assuming that CARICOM WTO members have also endorsed her. To be the clear, DG-designate Okonjo-Iweala needs to secure the support of Latin American countries, some important countries in Asia, such as India and Japan, the European Union (EU), and the USA and China.

â€¢ OACPS-EU POST-COTONOU NEGOTIATIONS â€“ I last gave an update on the OACPS-EU post-Cotonou negotiations in August, when the negotiating timeline was extended. As expected, the negotiations resumed in September. Some sources feel that there is a 99 per cent chance that the negotiations will be concluded this year.

The protocols with the Caribbean and the Pacific, from reports, seem to be moving along well. Nevertheless, there seems to be some concern about that with Africa. There are still human-rights and migration issues to be resolved. As I pointed out before, the impression is given in the media that these are issues which primarily concern Africa, but they are also of interest to the Caribbean and the Pacific.

As also previously signalled, the EUâ€™s primary focus is on Africa as it aims to change the relationship to a partnership of equals. The EU High Representative for Foreign Affairs and Security Policy, Josef Borrell, recently referred to Africa as the EUâ€™s natural partner and neighbour, and said that to face common challenges, the EU needs a strong Africa, and Africa needs a strong EU.

The EU wanted to unveil its new Africa strategy at the EU-Africa Summit, scheduled for the end of this month. The summit has been postponed and could be rescheduled for December. COVID-19 is now central to these deliberations.

For the Caribbean, since June, the focus has been on the EUâ€™s blacklisting of member states as non-cooperative jurisdictions for tax purposes. The EU Economic and Financial Affairs Council (finance ministers), you will recall, issued a revised list in June which included ten OACPS members, including, at least one CARICOM member state, and putting others on notice. The OACPS president-in-office, President Uhuru Kenyatta of Kenya, sent a letter to the top leadership of the EU condemning its unilateral action, noting that money laundering could be fought in the context of the 2000 Cotonou Partnership Agreement and that the post-Cotonou negotiations provided the opportunity to demonstrate the partiesâ€™ commitment to dialogue and a strengthened partnership. I understand that discussions have been ongoing between the OACPS and the EU on this blacklisting issue in the post-Cotonou negotiations.

On October 6, the EU finance ministers updated its money-laundering list and, of interest to CARICOM, added Barbados. CARICOM responded by issuing a strong statement deploring the EUâ€™s ongoing unilateral, arbitrary and non-transparent action. CARICOM called on the EU to pursue a mutually collaborative engagement towards shared goals of effective tax governance to combat money laundering and terrorism financing. In CARICOMâ€™s view, blacklisting, even greylisting, does serious damage to the reputation of its member states.

It is likely that this week, there could be further information on the progress towards completing the post-Cotonou negotiations, an objective of which is the transformation to a partnership of equals. You may wonder whether the OACPS and the EU are actually moving in this direction.