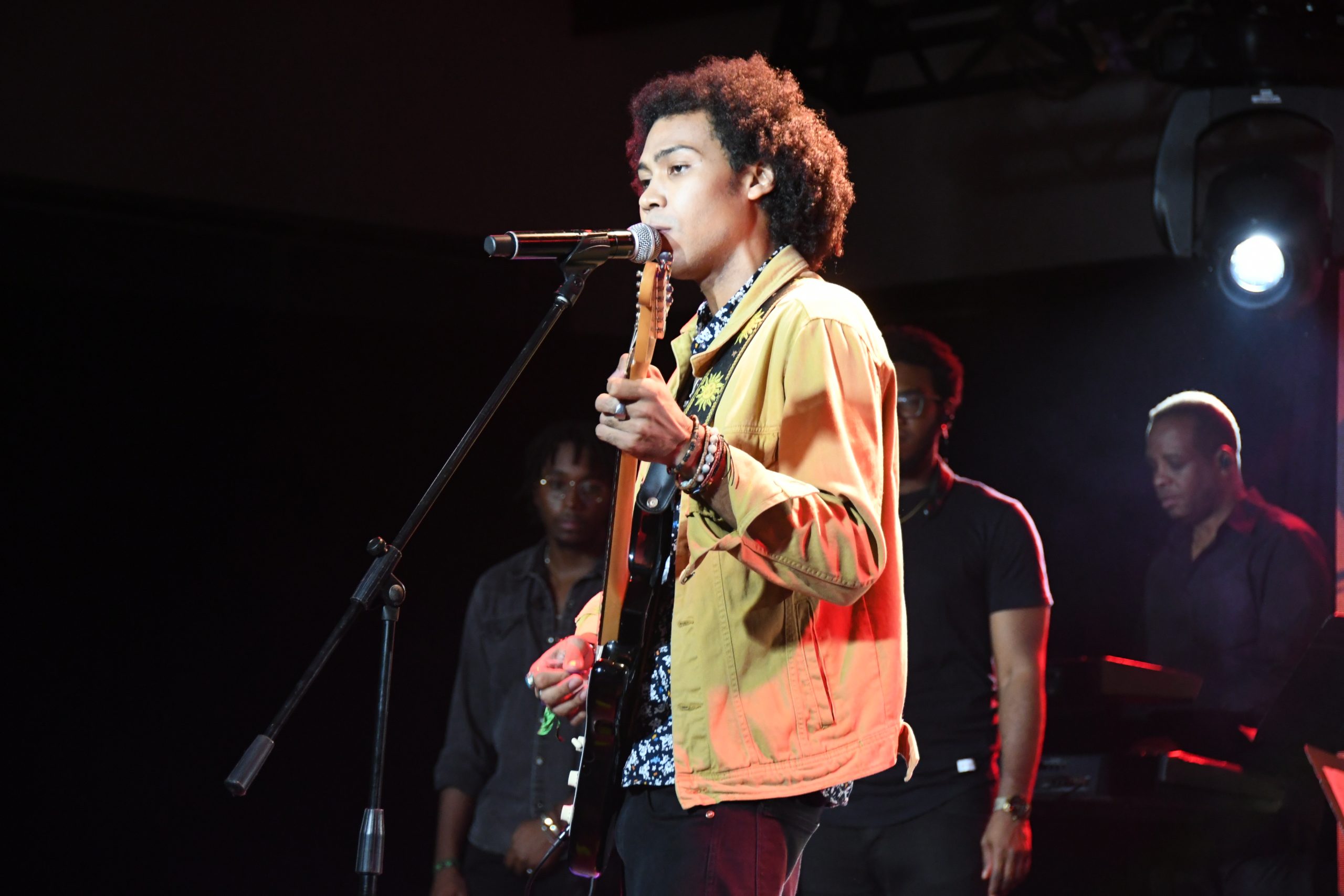 The grand ballroom of the Jamaca Pegasus Hotel in Kingston came alive on Sunday night as musical acts from across the region displayed their talent at the second annual Caribbean Rhythm Showcase organised by Jamaican talent agency Headline Entertainment in partnership with the Caribbean Export Development Agency (Caribbean Export) and the European Union.

The musical showcase, which aims to highlight the talents of Caribbean artistes in front of international music executives and other industry players, saw 20 acts representing 13 regional states taking to the stage and mesmerizing both the live in-house audience as well as the thousands who joined the event virtually via various online platforms.

The excitement was palpable throughout the event and continued following the proceedings on stage when guests including the international music industry buyers had the opportunity to have one-on-one time with the artistes in a specially created lounge.

It was all smiles from Allyson Francis of the Caribbean Export. She was absolutely pleased with how the first live staging of the Caribbean Rhythm Showcase had been executed, the talent on display from the region and the reaction from the international buyers and industry execs.

“The truth is we are always taking our artistes to other showcases such as a MIDEM or WOMEX and I said to myself ‘what about a Caribbean Showcase?’ I wanted something where the young, fledgling, fantastic artistes, as we have seen here tonight, who need that platform are given an opportunity. It was not just coming up on the stage and singing, that was just the climax. It took the form of a full three days where they were engaged with buyers, distributors, going through workshops as well. So we were providing them with that capacity building by understanding what is going on in the industry. And -now that we have showcased the talent, we are hoping that we get some deals… there are performances that rocked the place and I know the buyers are ready and eager to speak to these artistes.”

“We just wanted to do something for the Caribbean that was new, different and unique and has an impact,” Francis continued.

She also noted that the impact of the showcase can also be seen in the way it brought the region’s young people and artistes together to showcase not only what the region has to offer, but more importantly the diversity of the offering from the people of the Caribbean.

For Jamaica’s Minister of Culture, Gender, Sport and Entertainment, Olivia “Babsy” Grange, Caribbean Rhythm Showcase is an idea whose time has come.

“I am so overjoyed on what I saw here tonight, it was great. There was such a diverse talent pool showcasing different genres, different musical styles, great voices, just talented people all from our Caribbean region. This is a great way of showcasing the Caribbean talent, getting buyers to come connecting them and helping to build careers.”

As a long-standing player in the music industry herself, Grange said the one piece of advise she would offer the aspiring acts who exhibited their talent on the showcase, was to get the right management structure in place to guide their careers.