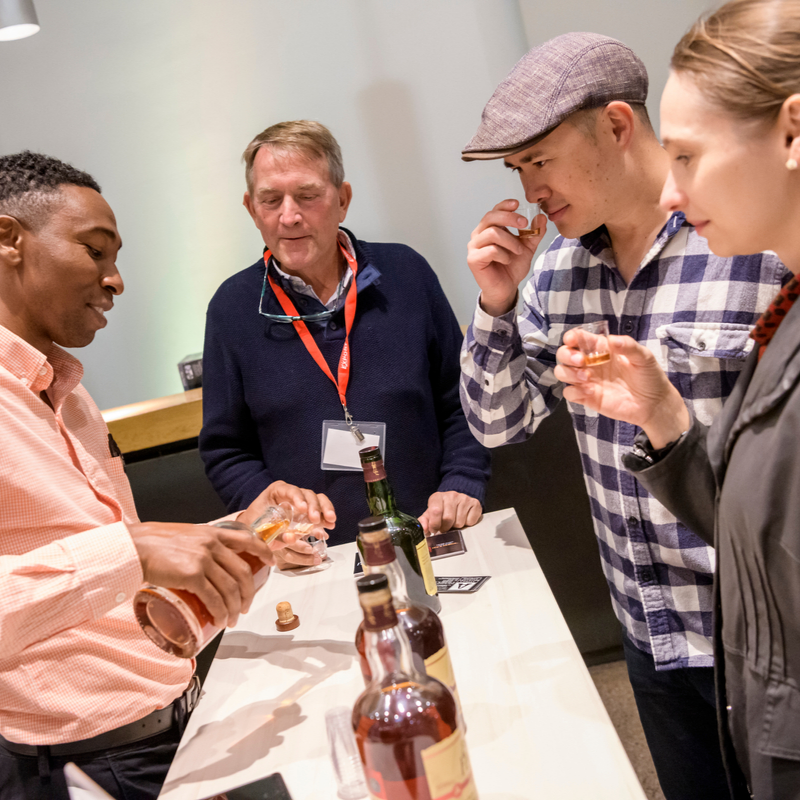 Hundreds turned out for the 4th CARIFORUM-EU Business Forum held in Frankfurt from 26 to 28 September 2019 at the Union Halle.

The conference held on the 26th of September welcomed over 200 participants as a series of panels discussed trade between CARIFORUM and the EU under the theme â€˜Building Strategic Partnerships in a Dynamic Global Economyâ€™. In a panel led by Damie Sinanan, Manager â€“ Competitiveness and Export Promotion at Caribbean Export, Sinanan unveiled the results of a study commissioned by the Agency which highlighted rum and sauces as the two most successful exports from the Caribbean since the signing of the CARIFORUM-EU Economic Partnership Agreement (EPA) in 2008.

â€œThe CARIFORUM-EU EPA was signed in 2008 and we wanted to understand from companies the challenges and the successes they have experienced within the framework of the agreementâ€ said Sinanan. Over a period of 6 months, the Agency interviewed and surveyed CARIFORUM based firms about their experiences exporting to Europe.

The report presented also showed that EU imports of rum and related products from CARIFORUM increased by almost 31% (in value) from 2014 to 2018. Further, in 2018 The Dominican Republic exported almost 70 million euros in rum products to the EU, a 32% increase from 2014.

The encouraging news was well received by the audience of CARIFORUM firms and European business support organisations who are keen to form strategic relations with CARIFORUM to further trade. Three Memorandum of Understandings (MoUs) were signed between Caribbean Export, GIZ and BVMW as a symbol of the commitment to further trade and investment.

The following two-days of the event saw over 70 industry buyers and investors conduct some 150 business to business meetings with the sixty-three (63) carefully selected exhibitors from the Caribbeanâ€™s food, cosmetics and cultural industries who presented their products at the Union Halle. The fair recorded over 600 visitors who came to discover what the Caribbean has to offer.

“We were in Carifesta in Barbados and now we are here in Frankfurt. There are a lot more companies ready for the European market and so, yes it’s really, really, nice. We hope that there is opportunity to do something ” said Erica Ramsay (Manager) Spa Vivent Vertiebs GmbH.

Anthony Bradshaw, Officer in Charge at Caribbean Export, expressed his satisfaction with the event. â€œThe CARIFORUM-EU Business Forum was designed as a platform with a view to strengthening business networks and promoting closer trade and investment relations between the Caribbean and, in this case, Europe. We are very pleased with the response to the fair, just as we have been in the past.â€

“It’s been really great. I’ve met a lot of people who have been interested in our products and I will go to the Netherlands to have follow-up meetings as a result of what has happened here” Ruben Kranenburg – Sales and Operations Manager, Suriname Alcoholic Beverages.

The highlight was the consumersâ€™ day on 28 September, which saw visitors enjoy Caribbean products, as well as Caribbean culture. In addition to rum tastings, cooking demonstrations and courses, more than eleven music performances were also put on by renowned artists.