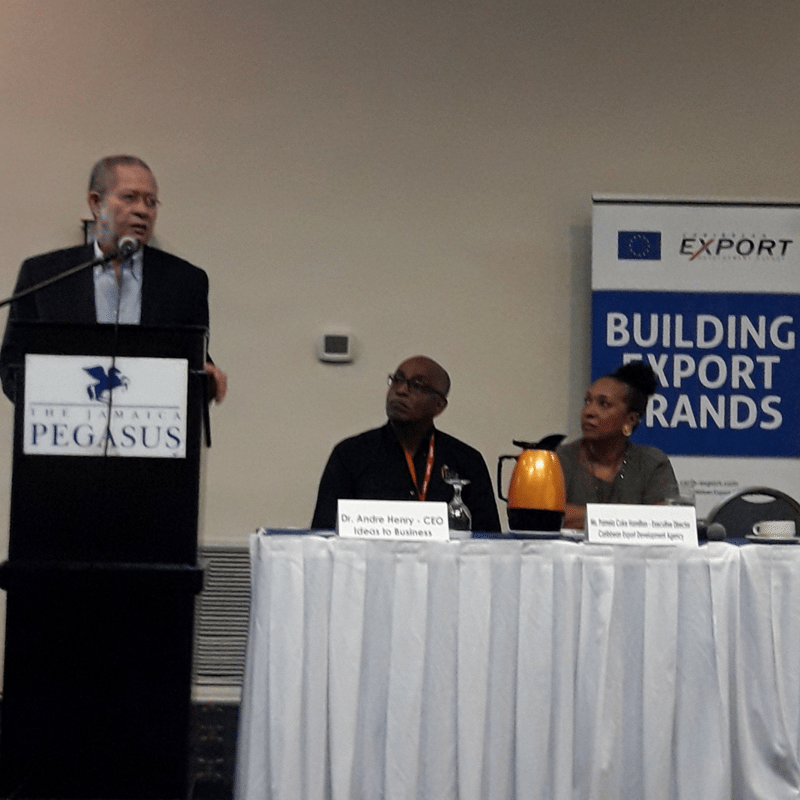 The Caribbean Export Development Agency (Caribbean Export), in collaboration with the worldâ€™s largest donor organization, the European Union, pulled together some of the regionâ€™s most influential business leaders and private sector representative organisations to answer this very question last week at a Private Sector Engagement Meeting in Kingston, Jamaica.

The meeting included a feature address from former Prime Minister of Jamaica Mr Bruce Golding who stressed that the regionâ€™s private sector collectively has the power to effect positive change in the regionâ€™s legislation and to drive the business climate in a manner that supports economic growth.Â  However, this is not currently happening due to the lack of a recognised regional private sector body to represent their needs when policies and trade relations are discussed by governments at the regional level. Without the private sector, the Governments cannot achieve the kind of sustainable economic growth needed to affect GDP.

H.E. Ambassador Malgorzata Wasilewska, Head of Delegation of the European Union to Jamaica, Belize, Turks and Caicos Islands, the Bahamas and the Cayman Islands, highlighted in her welcome remarks that the private sector is the engine for growth and plays a critical role in spearheading how the regional economies develop.Â  As the largest donor of Caribbean Export, the two organisations work together to support the increase of employment creation through the provision of targeted interventions of which the regionâ€™s private sector may take advantage.Â  Ultimately the development and growth of the regionâ€™s private sector will contribute to the overall goal of poverty reduction and sustained economic growth.

Executive Director at Caribbean Export, Ms Pamela Coke-Hamilton stressed that in view of the rapidly changing global trade environment and seemingly nationalistic foreign policy in the wake of BREXIT, the U.S. abandoning the Trans- Pacific Partnership Agreement and the approaching expiration of the Cotonou Partnership Agreement in 2020, the Caribbean will be significantly affected and therefore must be organized.

â€œAs we face a rapidly changing environment, we need to ensure that our national and regional policies are adjusted to meet the new demands or challenges that they will face. Now is the time to move forward with the establishment of a regional body with private sector representation at the broadest cross sectoral level; a body that will become an integral partner in regional Public-Private Dialogue (PPD).â€

With issues such as the current policies in relation to the free movement of labour which are hindering regional trade yet to be addressed, the attending private sector representatives collectively agreed that they needed to hold CARICOM and their governments to account for the implementation or lack thereof of the policies and regulatory frameworks that will improve the business environment and facilitate growth.

Joseph Cox, Assistant Secretary General, Trade and Economic Integration, CARICOM Secretariat emphasized the need for unity between the private sector across the region to ensure regional development.Â  A unified regional private sector would be more effective as it relates trade relations especially when it is results orientated in its approach.

It was clear from the attending participants that businesses want trade to happen and that there is a need to co-ordinate across the region for better PPD.Â  At the end of the meeting the grouping made a commitment to work together and signed an agreement on the way forward that will lead to the development of a relevant regional private sector body to represent their interests regionally and internationally.