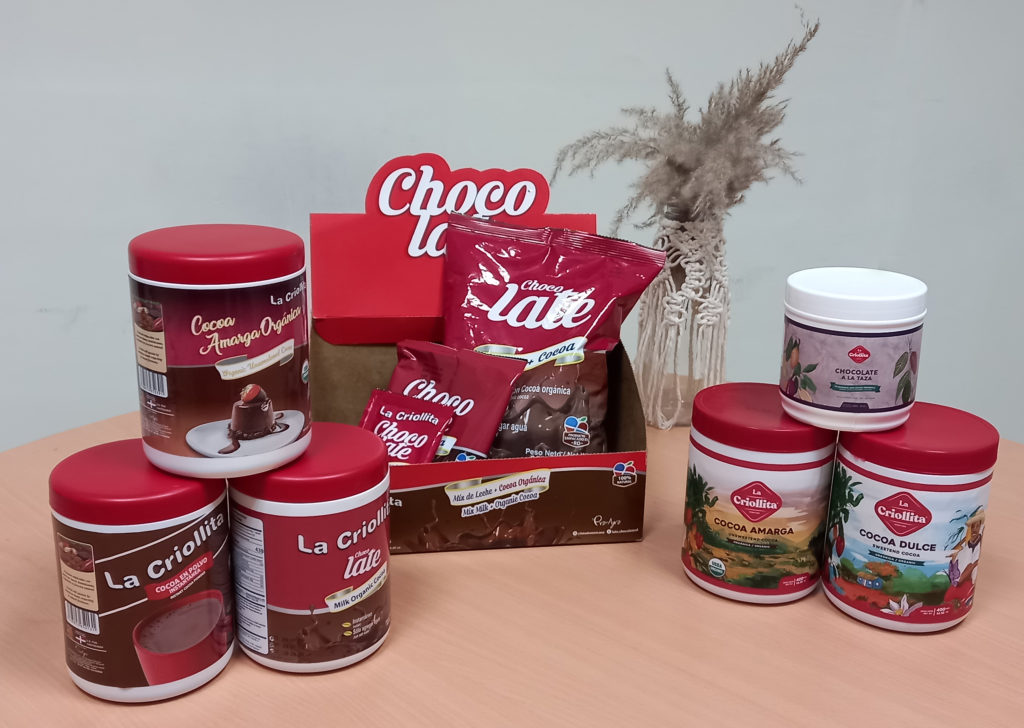 The family business is one of the pillars of the national economy, especially when it is based on strong values and attached to best business practices. Proagro Dominicana is a worthy example of this maxim. It is an industry dedicated mainly to the production of fortified dairy powder products that has successfully managed to overcome the challenges of breaking into a segment of the Dominican market.

In 2005, José Luciano, a Dominican technician who had built up extensive experience working in the agricultural section of important companies, at the time of his retirement, decided to start off a business and, together with his wife Indhira Santana, founded Proagro Dominicana with the aim of marketing domestic agricultural products.

As a production strategy, Proagro has evolved since its inception. Its catalogue of products includes raw materials such as bitter cocoa powder and sugar, aimed at the pastry industry, while strengthening the maquiladora system or the product development system for major national supermarket chains, for whom milk powder, sweet and bitter cocoa, oats, sugar, among others are packaged.

Since 2017, Proagro Dominicana has set its eyes on the international market, after participating in a workshop sponsored by the Chamber of Commerce and Production of Santo Domingo, aimed at entrepreneurs having interesting exportable offers to place in international markets.

By the end of that year and early 2018, Proagro was initiating its export strategy in markets as distant as Russia and the United States, or as close as Puerto Rico.

The products made with Dominican cocoa are highly recognized worldwide because they maintain characteristics called “fine flavour cocoa”, a quality that is used by Proagro to break into international markets under its brand name, La Criollita. Proagro uses the Hispaniola variety, a cocoa fermented under a Dominican technique that enhances the taste and flavour, and reduces the acidity, making it a “fine flavour cocoa”.

“The experience we have had in Russia, which is a fairly demanding market, as well as in Miami and the Bronx in the United States, is that the public attaches importance to the taste and flavour of this product, generating an immediate sale,” explained Indhira Santana, general manager of Proagro Dominicana.

“We work together with the National Confederation of Dominican Cocoa Producers (CONACADO), one of the largest associations in the country, which has a membership of more than 40 thousand small cocoa producers and has a very important social impact, since they, together with Rizek and Roig, are the largest local cocoa exporters. Twenty percent (20%) of their production remains in the country, and producers like us make a difference,” said Santana.

“Caribbean Export came to our aid at the most opportune time”

Proagro Dominicana is part of the group of ten companies selected by Caribbean Export Development Agency (Caribbean Export) under the Haiti-Dominican Republic Binational Cooperation Programme, funded through the 11th European Development Fund, which provides for a Binational Value Chain Strategy for the cocoa sector with the aim of maximizing the export potential of both nations.

The support of the European Union (EU) has been a key part of Proagro’s opening up to the international market. “This support comes to us at a time when we were not exporting, because we made the last export in 2019 and after the pandemic we stopped exports,” explained Indira Santana.

As Santana stated, Caribbean Export helped to identify which competencies were necessary for Proagro to be able to export successfully. “The Agency provided us with technical assistance to update our business plan and to be able to establish how Proagro’s conditions were from a financial perspective. They financed a consultant who carried out a feasibility study and a financial performance analysis to prepare us for the export market”.

According to Proagro’s general manager, the feasibility study funded by Caribbean Export became the springboard for the company to launch itself and have the right vision of what needed to be done. “A strategic work plan for export was created and concrete targets were set to achieve, with the result that exports made up 8% of the company’s sales budget.”

Taking advantage of all opportunities

Laura Marrero, international trade fair coordinator at Proagro, explained that “the experience of exporting to Miami and New York in 2017 and 2018 showed us how our products, especially La Criollita, were accepted by the Hispanic consumer, as well as the American consumers who were aware of organic products from the Caribbean”.

In 2021, trade fairs were started in a face-to-face manner. The first fair in which they participated was “Dominican Taste Festival 2021”, held in New York from July 24 to 25, organized by ProDominicana and the Dominican Embassy in the United States. Proagro received financial support from Caribbean Export to participate in the fair.

As a result of this fair, Proagro will export to the United States the first shipment of some ten pallets, and another container of 20 pallets is planned for December 2021. “We are doing fine now. The brand will not be by itself, but will be accompanied by a marketing strategy and the experience that we have garnered from the mistakes we made before.”

Dominican pride and enthusiasm at the Russian fair

With the strategic and financial support of Caribbean Export, Proagro participated in WorldFood Moscow, held in Russia from September 20 to 23, 2021. This fair became an area of great potential for the export of Dominican products, especially cocoa by-products.

As a result of its participation in WorldFood Moscow, Proagro reactivated its business contacts, which had started in 2019. “During the Moscow fair, there were many opportunities for starting business negotiations. We made contacts with representatives in Russia of other Dominican companies, and we have already sent them a proposal. We are currently in the closing phase of the process for arranging the first shipments we will make to Russia,” added Indhira Santana.

Confident in the future

Proagro is currently working on establishing distribution strategies in the United States. Exports are estimated to increase and continue growing for the next year. “The sales projection we have is that from 2022 we ship a container of our products every month.” A container is equal to 20 pallets, about 1,400 boxes, which would be 22 tons of consolidated products.

As a result of the assistance from Caribbean Export, Proagro Dominicana is preparing to set up a Proagro subsidiary in Miami or New York and one in Russia. “That is our goal for the near future, which will allow us to make our products 30% cheaper to the overseas consumer, and give us control over the distribution chain of our goods in those countries,” stated Indhira Santana.