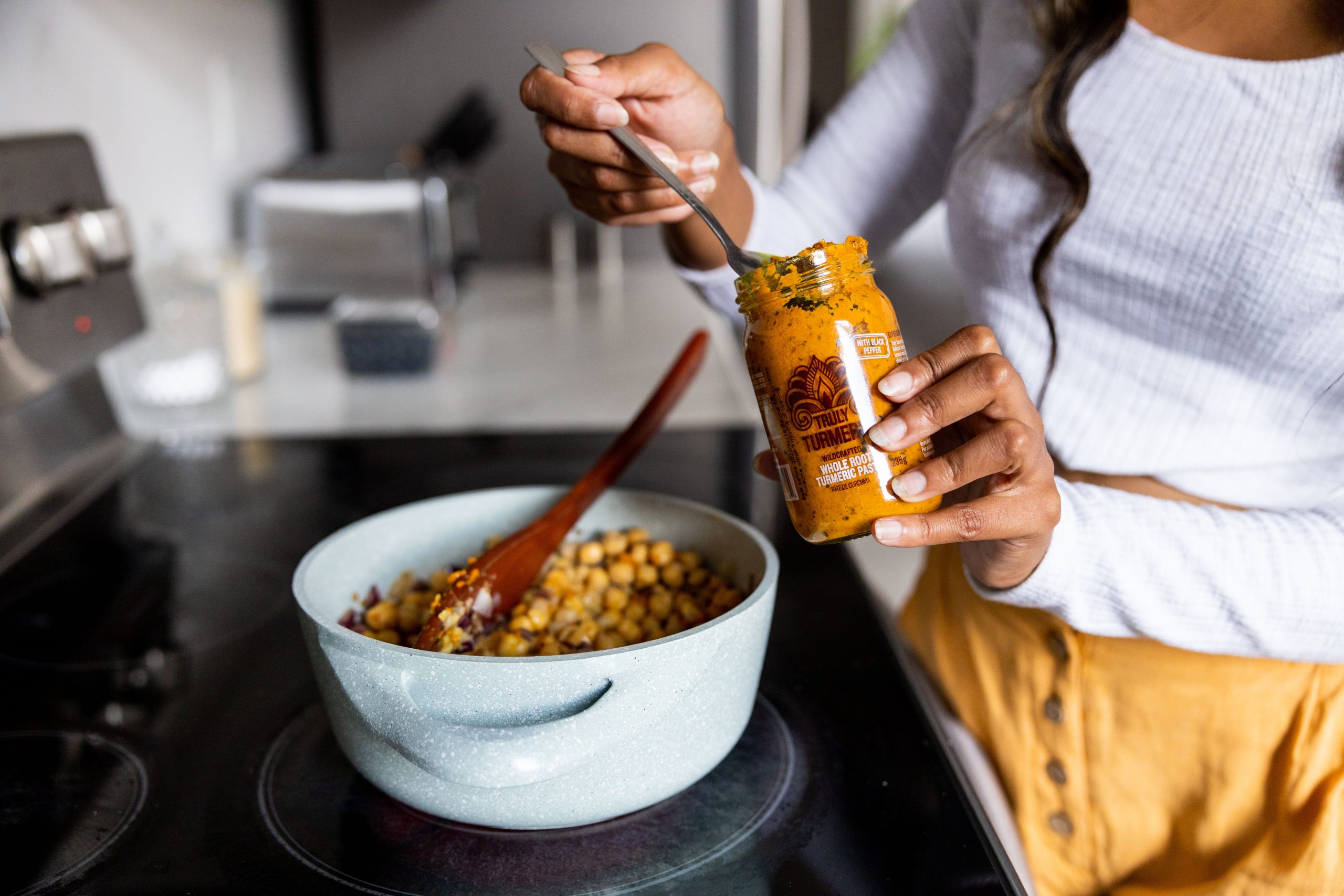 Turmeric has been in the top echelon of the ‘trending foods’ chart for the past five years and is still one of the most sought-after ingredients by health-conscious consumers.

The “golden spice” has been used for centuries in traditional and herbal medicine, as well as Indian and Asian cuisine, but its global popularity has risen in recent times because of its proven health benefits as a so-called ‘nutraceutical’.

Public interest in the spice’s ability to ease inflammation, improve liver function, relieve chronic pain, and aid in digestion, has led to it being sought-after as a supplement and in a range of food products.

Turmeric and its main active ingredient, curcumin, can now be found as an added ingredient in several items on supermarket shelves such as sauces, smoothies, soups, teas, salad dressings, and even packaged goods like cereal. It can also be used as part of a rub for meat or fish and its distinctive yellowy, orange colour adds vibrancy to cheese, mustard, and dried seasonings, without affecting the taste.

Turmeric’s emergence as a ‘food to watch’ started when Google Trends data recorded a 300% increase in searches for it between February 2012 and February 2016. This led to the spice being listed as the number one food trend in the search giant’s ‘Food Trends 2016: U.S’ report along with other foods which are also still garnering attention including jackfruit, cauliflower rice, and sourdough bread.

Since 2016, turmeric has been consistently mentioned in the ‘trending food’ conversation and that is not expected to end anytime soon. In fact, research by the CBI dated January 2022 found that “worldwide and also in Europe, the consumption of curcuma longa (aka turmeric) is forecast to increase by more than 10% per year in the next five years.”

The CBI added: “The trend of healthier diets is likely to remain the leading driver of food market developments in the next decades. This trend will positively impact demand for spices such as curcuma longa.”

Sourcing turmeric in its purest form is one way to make sure you stay ahead of the curve when it comes to demand. The spice is grown in various parts of the world, including the Caribbean, and is most potent when it is fresh and uncultivated.

Belizean-based company called Naledo has a head start in this regard as it was the world’s first manufacturer of wildcrafted, whole root ‘Truly Turmeric’ paste.

Founded by mother and daughter Umeeda and Nareena Switlo in 2016, Naledo is a social enterprise that works directly with over 300 small-scale growers based in Toledo, Belize to create a product that is sustainably produced from the forest to the table with minimal impact on the environment.

Naledo has won widespread recognition and awards for its 100% natural turmeric products, which also include fresh juices and even a skincare line. It has also earned admiration for its commitment to pay its farmers six times more than the fair-trade price for their produce.

The company will be taking part in the upcoming Speciality & Fine Food Fair from September 5th-6th 2022 at Olympia, London as part of the ‘Absolutely Caribbean’ pavilion comprising of small businesses supported by the Caribbean Export Development Agency and the European Union.

The variety of turmeric grown by Naledo’s team is called Allepey and it has the strongest colour and deepest flavour of all turmeric types. Allepey normally has around 5% curcuminoids but Naledo’s turmeric has 7.6% curcuminoids, according to the company’s website.

Naledo’s ‘Truly Turmeric’ paste is currently sold in over 1,000 retailers in Canada, America, UK, and Europe and online.

The taste, flavour, and story behind Naledo have made it stand out from the crowded turmeric market which has been further propelled by the COVID-19 pandemic.

Since the global health crisis took hold in February and March 2020, Google Trends data has highlighted a 670% increase in worldwide searches for “food” and “immune system”. And the global nutraceuticals industry is predicted to be worth $722 billion (US) by 2027 with sales in the immune boosting foods and beverages segment expected to surpass $17 billion (US) by 2025.

The public’s interest in turmeric and its health benefits is therefore not likely to wane anytime soon, so it seems likely that this ‘trend’ might turn into more than just a passing phase.