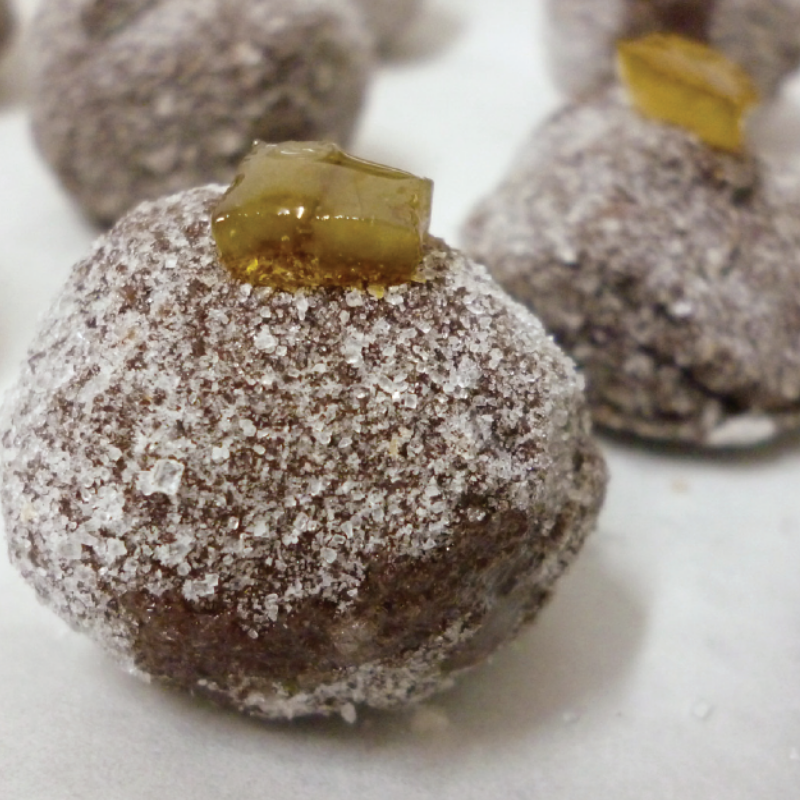 The production of cacao is globally concentrated in the regions between 10 degrees north and 10 degrees south of the equator, namely Central and South America, West Africa and the Caribbean.
The Caribbean is held in high regard as a cacao-producing region because it yields a fine, aromatic bean. In fact, fine flavoured cacao accounts for only 5% of the world production and is concentrated in a few countries, one of which is Suriname.

It is the soil that determines the quality of the cacao bean and Suriname is perfectly positioned to generate nutrient rich soil for the native cacao tree to thrive from. The method of making Surinamese cacao, called skrati in Surinamese Creole language, has been used for centuries to produce cacao based products.

However, the skrati was losing interest among many of the natives when a young artist traveled to Suriname to complete a project and fell in love with the exotic plant and its qualities in 2005. Five years later, she set out to revive the tradition and with that Tan Bun Skrati was established. As a smallscale cacao enterprise, Tan Bun Skrati is a grower and processor of artisan cacao products such as tea, butter, chocolate bars, cupcakes, truffles and bonbons filled with the finest Surinamese fruit.

â€œThe company really started as an art project, but I was so intrigued by the Surinamese cacao that I decided to explore the properties of the bean some more,â€ recalled Ellen Lem Ligteringen , Managing Director. â€œThis is what motivated me to actually start to produce chocolate from the cacao.â€
In the beginning there were a few challenges for the company as there were not many cacao trees available and the machines to process the bean were also inadequate. But as a sculptor, Ellen was able to make her own machines and with that the business started to develop.