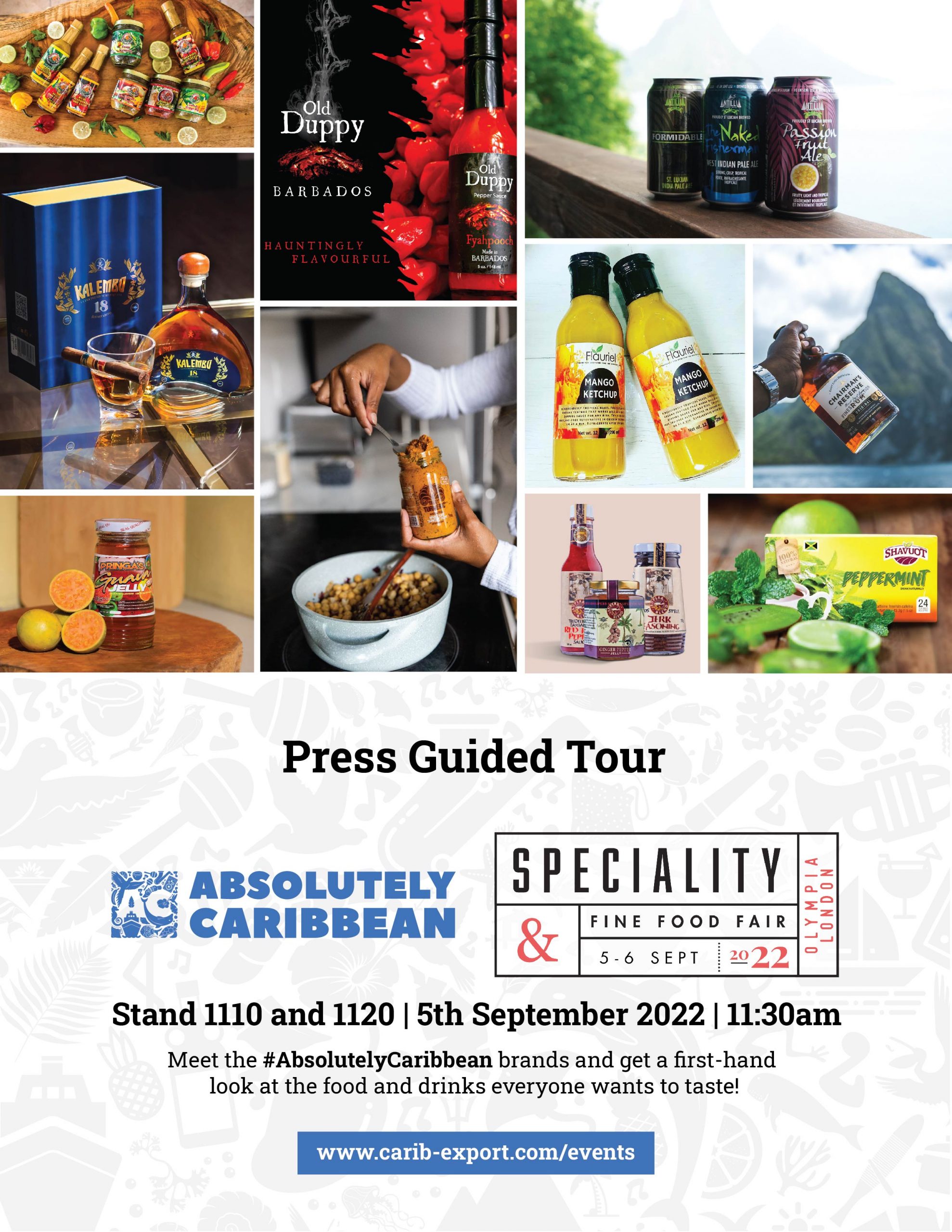 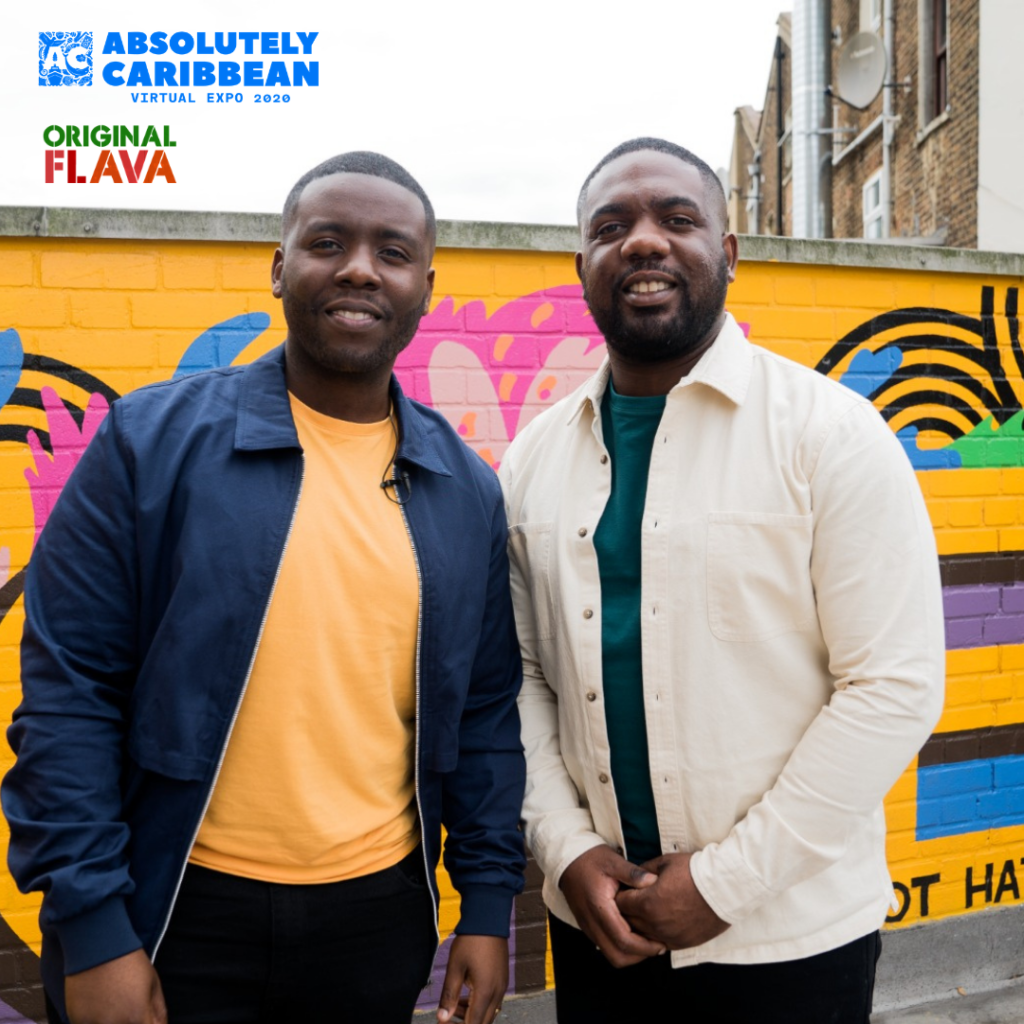 Celebrity chefs Craig and Shaun McAnuff are known for their flavourful, modern and vibrant Caribbean recipes.

The brothers, who are British but with Jamaican roots, launched their Original Flava brand in 2016 with a series of YouTube cooking videos and within a month attracted 70,000 followers. In 2019, their book â€˜Original Flava: Caribbean Recipes from Home was a best-seller.

Craig and Shaun are on a mission to shine the spotlight on Caribbean cuisine by showcasing some of the most authentic, accessible, and tasty ingredients the region has to offer.

They believe food brings people together and want to share the happiness they experienced as children from their mother and grandmother’s Caribbean cooking.

At Caribbean Export’s Absolutely Caribbean Virtual Expo, the brothers took part in a live panel discussion on the versatility of Caribbean food.

Craig shared details about their incredible culinary journey and also spoke about the increasing popularity of Caribbean food in Europe and the UK.

â€œIt has such a range of different and exciting flavours as well as the culture of the food. It has the feel good factor and many nutritional benefitsâ€¦adding Caribbean fruit and vegetables to your dishes makes food a lot more colourful.â€

In a pre-recorded video, Craig and Shaun used food products from several Caribbean manufacturers in their own recipes. They also shared five tasty tips on how these items can enhance every dish and bring the scintillating taste of the Caribbean into every home.

Watch the video for Craig and Shaun’s tips and tricks and read more below:

Tip 1 â€“ If you’re looking for an alternative to ordinary flour, why not try gluten-free products using Caribbean staples like breadfruit, coconut, sweet potato or cassava. These products are light, tasty, healthy, and high in fibre. They are also ideal for making flavourful pancakes and dumplings.

The McAnuff brothers used O’s breadfruit flour to make dumplings to go with ackee and saltfish. Shaun said: â€œIt takes a bit longer to work with, more kneading than usual, but the dumplings came out nice and fluffy. The flavour was also much stronger and better than normal flour.

Tip 2 Turmeric is widely recognised as a superfood but why use the powder when you can get 100% of the health benefits and taste from the root! Belizean-based company Naledo produces the world’s first whole-root turmeric paste called Truly Turmeric. This paste enhances the richness and flavour of curries and stews and can even be used in smoothies.

Craig added: Naledo’s turmeric paste was a real joy to work with. Using the root of the turmeric meant you could feel the zing, texture and deep rooted flavour. It’s also versatile. We loved it.â€

Tip 3 Caribbean cuisine is known for its heat and one of the best ways to introduce some spice is with a quality hot pepper sauce like Eaton’s Jamaican Scotch Bonnet. Maximise the flavour of soups, jerk chicken and even gravy by adding the sauce 10 minutes before serving.

Shaun also suggests using pepper sauce to control the heat in your dishes: â€œYou can tip a bit in and taste it as you go along to work out how much you need or don’t need. We also use the sauce in jerk seasoning as an alternative to fresh scotch bonnet.

Tip 4 Viking Mango Chutney is the perfect combination of sweetness and spice. It introduces freshness and flavour and can be used to accompany any dish or to jazz up a salad. Add some lemon, lime and a little bit of water to the chutney in a pan and bring it to a boil to make a warm, tangy Caribbean style vinaigrette.

Craig said the family history behind Viking Mango Chutney particularly resonated with the brothers as well as the company’s close work with local farmers in St Lucia.

He described the smell of the chutney as incredible and added: Salad can be dry and boring sometimes we like to use something sweet with ours. But you can’t always get the right fresh mango, especially in the UK, so this chutney was just perfect, and it tastes unbelievable.

Shaun said: Mango chutney is also really versatile. You can use it as a plantain chip dip, as a dressing, or for Doubles as well. It’s amazing and natural.

Tip 5 The root of the sarsaparilla plant, supplied by Jamrow in Jamaica, is known to have various health benefits especially in relation to relieving joint pain and inflammation. Sarsaparilla roots can be blended, grated or boiled in a pot of water to make a soothing medicinal drink. Try something new and experiment with this Caribbean herb.

Shaun said: We’re familiar with the sarsaparilla drink from when we were growing up, so we were intrigued to use the roots. We made an iced tea and a hot tea by blending it and putting it into tea bags. It was a dense and strong drink.

Craig added: We grew up on cerasee and lemongrass tea, so it was intriguing to work with sarsaparilla, and you could feel the nutritional benefits. Herbal teas are also a huge thing right now in the UK.

Speaking at the Absolutely Caribbean Virtual Expo, the brothers enthusiasm for Caribbean food was tangible and they reiterated their commitment to promoting it around the world.

Shaun revealed: The most important thing for us is to keep flying the flag for Caribbean food. We just want to make people aware of the array of natural flavours, spices, and remedies the Caribbean can show the world. We’ll keep making Caribbean recipes, putting the Caribbean flag on the map, and letting people know that this is the best food to go too.