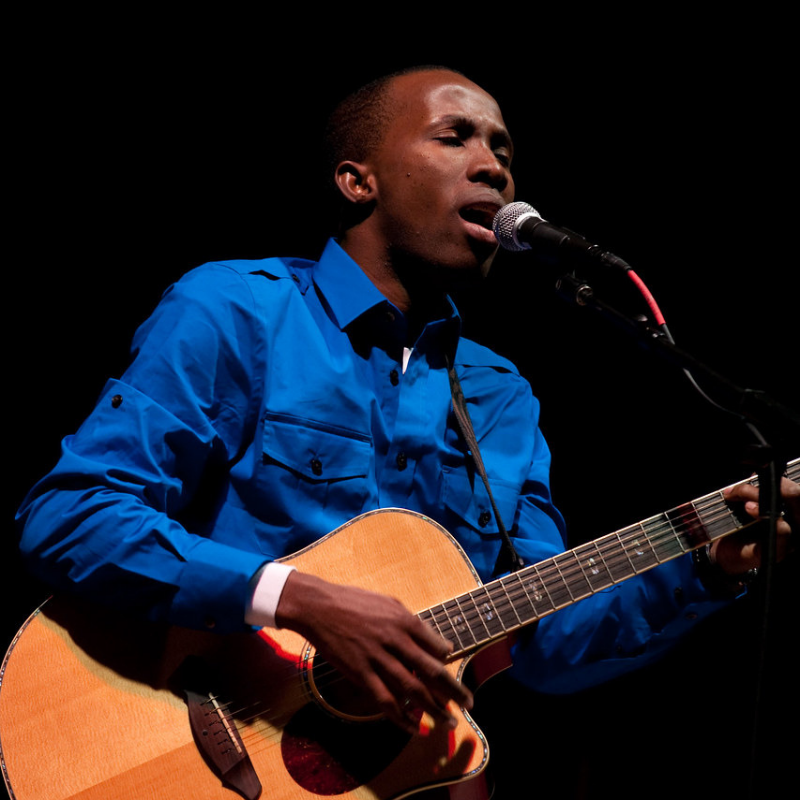 BÃ©lO is easily one of Haitiâ€™s ambassadors to the world.Â  He has been described by Huffington Post as a socially-minded, Haitian-born singer-songwriter who powerfully delivers jazz and world beat inflected reggae in French and Creole.

The socially conscious singer-songwriterâ€™s real name is Jean BÃ©lony Murat. He uses his sophisticated sound and music to expose social and environmental issues faced by Haiti.

He has received numerous awards including â€œBest Male Artist 2007â€ by the Haitian Music Awards and the prestigious â€œPrix Radio France International Discoveries of 2006.â€ BÃ©lOâ€™s sound is a beautiful mixture of jazz, worldbeat, rock, reggae and Afro-Haitian traditional rhythms known as Ragganga.

BÃ©lO is in the line-up of musical performances at the Discover the Caribbean Day on the 28th of September 2019 at the Union Halle, Frankfurt, Germany.Â  The event is organized by the Caribbean Export Development Agency (Caribbean Export) as the final day of the 4th CARIFORUM-EU Business Forum starting on the 26th September at the same location.Â

Caribbean Export has identified the cultural and creative industries as high potential growth areas in Europe and in collaboration with the European Union and Deutsche Gesellschaft furÂ Internationale Zusammenarbeit GmbH (GIZ) the event will see over 60 Caribbean companies showcase their products and services to the attending audiences.

With the realization that there is an increase in the demand for Caribbean music at a number of cultural events in Europe, including Summerjam Reggae Festival in Germany, Ibiza Soca Festival in Spain and Reggae Sun Ska Festival in France, Caribbean Export is hoping to promote more Caribbean music to Europeans.Â  This is part of their larger efforts to encourage the export of work done by cultural industries in CARIFORUM countries to Europe.