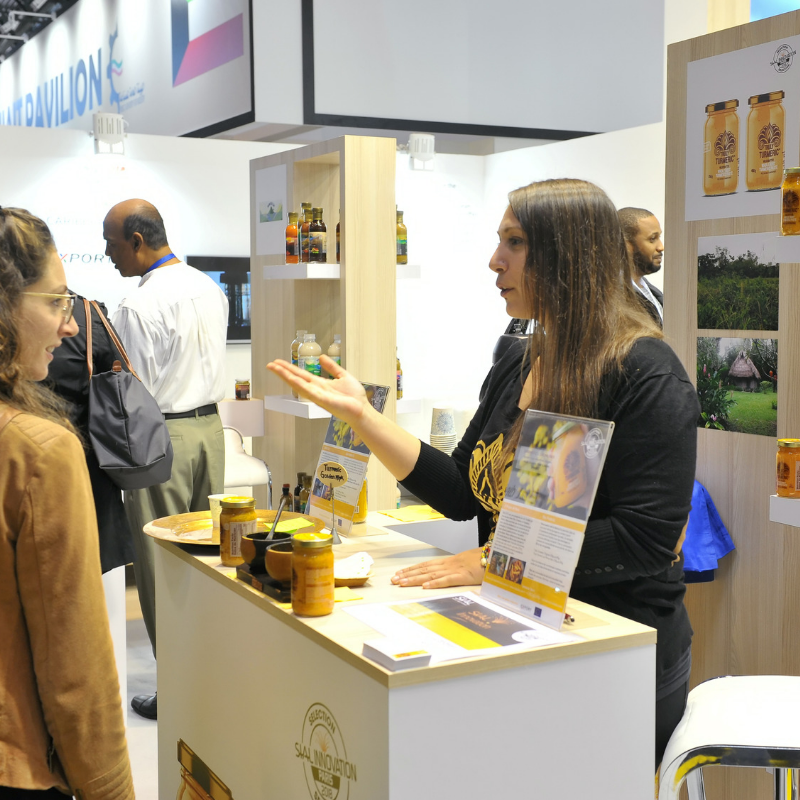 Turmeric has many proven health benefits and is thought to assist in the prevention of heart disease, Alzheimers, high blood pressure, and cancer to name a few.  It is also a potent anti-inflammatory and antioxidant and is high in iron and vitamin B6.

After seeing the turmeric being grown in Belize while on assignment there in 2014 for an International NGO, Umeeda Switlo fell in love with the Belizean turmeric.  It was huge and really orangey in colour, she enthused.  In that moment she had the idea to form a business venture using wild crafted, whole root turmeric grown by the farmers in Belize.

As a result, she started a company with her daughter Nareena and called it Naledo – a combination of the name Nareena and Toledo, the district in Belize where the turmeric is sourced.  This company produces Truly Turmeric, which has the distinction of being the world’s first wildcrafted whole root turmeric paste.  The company also created a social enterprise in Toledo that would support farmers, from whom the turmeric is sourced directly, employ youth, improve health and produce products sustainably.

Umeeda admits that this model of doing business was inspired by her mother Lella (known as Mamajee) who had instilled in her a strong sense of social responsibility and who, during time spent in the kitchen cooking together would always ask both she and her daughter Nareena what they could do to make the world a better place.

After developing Truly Turmeric in 2016, Naledo decided to gain exposure by launching the product at an industry trade show in Vancouver in May 2016.  With just a basic set up of 50 labelled jars and a few samples, they managed to attract the attention of a national distributor who believed in their social enterprise model and helped them to grow from zero stores in 2016 to 600 stores across Canada. Truly Turmeric can also be found in Belize, the Bahamas and some parts of the United States.

Keen to find new markets for the product and to share the health benefits of turmeric with other parts of the world, Naledo will be taking Truly Turmeric to Europe as part of the 4th CARIFORUM-EU Business Forum being held from September 26 to 28 in Frankfurt, Germany.  The forum is being organized by the Caribbean Export Development Agency (Caribbean Export) in collaboration with the European Commission and Deutsche Gesellschaft fur Internationale Zusammenarbeit GmbH (GIZ) .

Truly Turmeric paste is great for use in many dishes including marinades, smoothies, oatmeal, soups, stir fry, curries, eggs or just in plain water.  The paste can also be used to make a refreshing and rejuvenating face mask if desired.