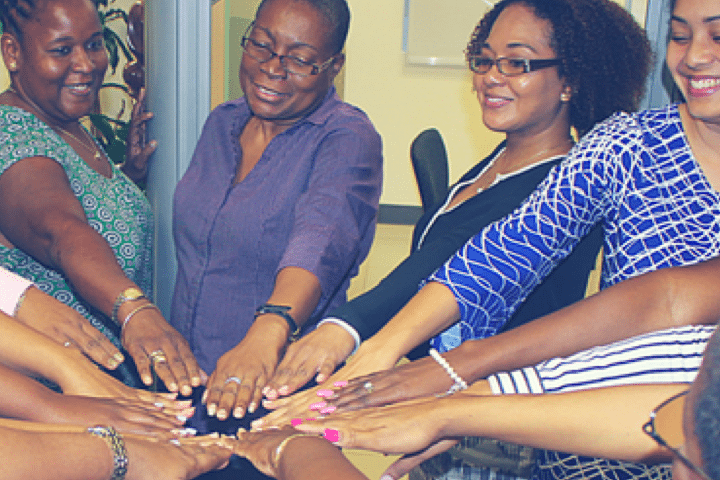 A few weeks ago, on two separate occasions, a female colleague came to my office building to follow up and strategize how to address some of the critical issues affecting regional trade.Â  On both occasions, I received a call from her indicating that she was not allowed to come up to my office.Â  I was befuddled.Â  I asked her to put the security on the phone, in an attempt to clear up any misunderstandings and communicate that she was indeed expected.Â  If I am to be honest, I am somewhat hesitant to write about the ensuing discussion, because I find it not only embarrassing, but quite frankly demeaning and humiliating.Â  But there is an important point to be made, so I will press on, as we celebrate this International Womenâ€™s Day and the theme #BeBoldforChange.Â  As the security officer came on the phone, she advised me to â€œbring down a sweater, jacket, or scarfâ€.Â  My level of confusion and concern rose exponentially, as I wondered if some harm had befallen my colleague that she required assistance in covering her body from shameful exposure.Â  I immediately asked about her welfare and I was assured that she was fine, but her cardinal sin was that she was wearing an â€œarmholeâ€ dress. I sought clarification as it was not a term with which I was familiarâ€¦ a dress without sleeves!Â  The horrorâ€¦. I could not figure out what the appropriate reaction would be in this instanceâ€¦..my initial instinct was laughter until I realized the officer was serious.Â  I dutifully headed downstairs with a borrowed sweater to cover her supposed â€œnakednessâ€, like Adam and Eve and the fig leaf, and save her from her shame.Â  This apparently is not unique to Barbados and is commonplace across the region where women are not considered appropriately dressed if they wear sleeveless clothing to certain offices or government buildings.

In 2017, with global warming taking our temperatures to unprecedented levels and 2016 being recorded as the hottest year in history (since recordings began) and the plethora of powerful women at all levels of business and government, we are still somehow subjected to arbitrary rules about our mode of dress and what is considered acceptable.Â  In all the discussions raging about the hijab-wearing women, I have never heard a similar discussion about outlawing men who wear the yarmulke, the keffiyeh or black hat worn by orthodox Jews.Â  Why is that?Â  Donâ€™t get me wrong, I believe that there are certain standards that should be adhered to in a professional setting, however I think it would be difficult to argue that a dress is inappropriate because it does not have sleeves.Â  It is an arbitrary and archaic rule that seems to defy logic and current internationally respectable modes of dress.Â  I recall when I first joined the Jamaican Foreign Service 31 years ago, I was told that I could not wear pants to work.Â  I asked the head of human resources what was the rationale behind that rule.Â  Her responseâ€¦.the Minister (bless his departed soul) didnâ€™t like women in pantsâ€¦..you know that Kermit the frog memeâ€¦â€¦I wish I had it 31 years ago. Â To think that women are still faced with the same workplace double standards today is almost laughable.Â Imagine, a female receptionist in London, UK was sent home for refusing to wear high heels.Â  After petitioning, many others came forward causing members of Parliament to call on the government to tighten the rules to protect women from these outdated and sexist codes found in some British workplaces.

In the Caribbean, we have much for which to be thankful.Â  That was brought home to me in stark terms as I attended an ACP-CTA-UN Women seminar in Brussels last week, hearing the battles women still have to fight in other parts of the world.Â  Our challenges pale in comparison to the existential threats that our sisters face on a daily basis in their bid to leave a better world for their children, especially their daughters.Â  But because our challenges are less existential in nature does not mean that they are any less real.Â  Despite the fact that women constitute up to 59% of Managers in some countries of theÂ  Caribbean, the highest per capita in the world, less than 20% actually own businesses.Â  Women still have less success in accessing finance for business proposals and are still not present in Board rooms where the decisions are made.Â  Women are still the primary breadwinners and heads of households across the Caribbean.Â  The epidemic of violence against women in the Caribbean has reached crisis proportions and urgent intervention is required to address this destructive scourge.Â  This CANNOT be acceptable to us.

So as we embrace the theme #BeBoldforChange, let us commit to challenging the â€œlearned helplessnessâ€, which allows us to accept realities that actually CAN be changed. Let us be bold enough to question the â€œnormalâ€ and push for change that is empowering, uplifting, creative, and that allows us the freedom to fly, to soar, to dream and to BE.