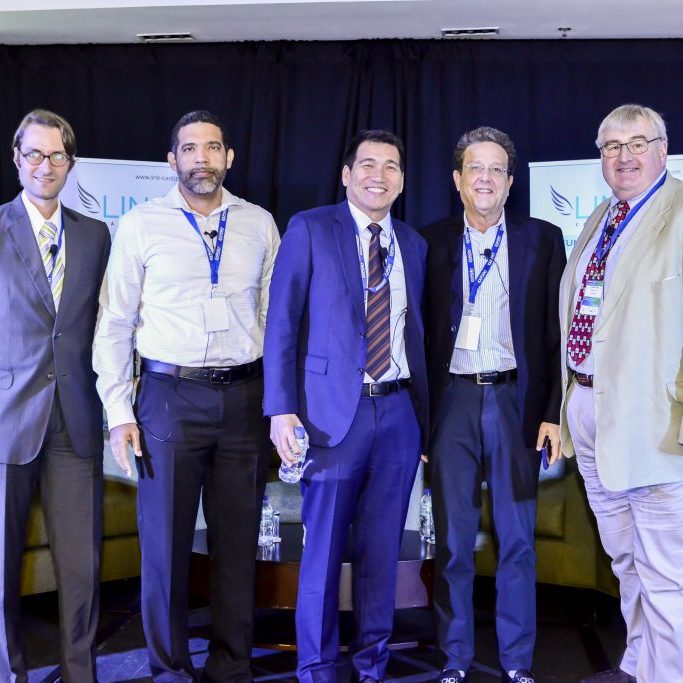 â€œDriving Growth Through Private Investment,â€ was the focus of the Caribbean Export Development Agencyâ€™s (Caribbean Export) hosting of the 2nd Caribbean Angel Investor Forum at the Hyatt Regency, Port of Spain, Trinidad and Tobago.Â  The Forum which was held November 29-30, gathered a distinguished group of prominent policy makers, entrepreneurs, private and angel investors.

Minister of Trade and Industry with the Government of Trinidad and Tobago, Paula Gopee-Scoon in her opening remarks underscored the challenges entrepreneurs face with the limited options found within traditional banking systems which often require collateral and venture capital to secure.Â  â€œIf our businesses are to compete globally, the support of diverse investment modalities is crucial.Â  I must applaud the angel investor ecosystem in Trinidad and Tobago which has helped to create a programme which provides a forum for budding entrepreneurs to receive much-needed early-stage capitalâ€.

The Forum is part of the LINK-Caribbean programme which is implemented by Caribbean Export with financial support from the World Bank Group. Launched in September 2016, LINK-Caribbean is an initiative of the Entrepreneurship Program for Innovation in the Caribbean (EPIC) which is managed by the World Bank and funded by the Government of Canada. LINK-Caribbean designed to foster innovative and growth-oriented enterprises in the Caribbean region to raise capital from private investors and establish functioning angel groups to strengthen the start-up finance eco-system in the region.

The program has also offered training and support services to assist companies in securing angel investment.Â Â  Among its key outputs, LINK-Caribbean awarded 24 Investment Facilitation grants to Caribbean start-ups and early-stage firms. The deployment of these grants along with other LINK-Caribbean activities played a central role in enabling 10 Caribbean entrepreneurs to raise over $2.3M from business angel investors.

â€œThe number of grants that have been awarded since LINK-Caribbean was launched speaks to the high interest of capital investors, angel investors and entrepreneurs in the Caribbean region,â€ said Sophia Muradyan, World Bank Coordinator for the regional programme. â€œMany of the regionâ€™s pressing concerns in critical sectors such as transportation, health and agriculture can be addressed by innovative solutions and ideas. We hope that these awards will inspire more entrepreneurs to innovate, grow and scale up their ideas.â€

Â â€œWe are really pleased with how LINK-Caribbean has surpassed the initial targets set in terms of the value of capital raised from private investors and the number of firms benefitting from the programme.Â  LINK-Caribbean has successfully supported the development of a rapidly emerging angel investing ecosystem and the development of a truly Caribbean Angel Networkâ€ says Christopher McNair, Manager for Competitiveness and Export Promotion at Caribbean Export.

LINK-Caribbean also facilitated the creation of a Caribbean Business Angel Network (CBAN), formerly known as RAIN.Â  Today, CBAN serves as a collaborative platform between investor groups with the potential for pan-Caribbean early-stage investments.Â  Within the region there are seven Angel groups (First Angels Jamaica and Alpha Angels in Jamaica; Trident Angels in Barbados; Renaissance Angels and IP Angels in Trinidad and Tobago; and Enlaces and Nexxus in the Dominican Republic) and a new group is being established in the Bahamas. First Angels Jamaica and Trident Angels from Barbados have both successfully invested in companies that were part of the LINK-Caribbean program.

Â â€œAlthough the 2 â€“ year LINK-Caribbean programme is ending, its impact as expressed by the fledgling angel investor eco-system will be sustained by the angel groups across the regionâ€ said Christopher McNair. â€œCaribbean Export is committed to supporting the regionâ€™s private sector with the implementation of the 11th EDF Regional Private Sector Development Program where access to finance is a key pillar.Â  Â We are also seeking alternative funding mechanisms throughout CARIFORUM.â€