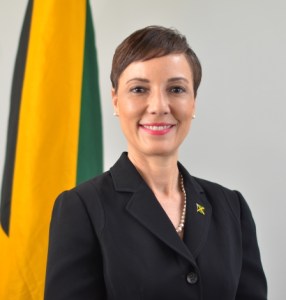 The OACPS/EU post-Cotonou negotiations for a successor agreement was formally concluded today with an initialling ceremony in Brussels. The lead Negotiators, the OACPSâ€™ Minister Robert Dussey of Togo and EU Commissioner Jutta Urpilainen, initialed the text of the Agreement at the ceremony in Brussels with virtual participation by the Hon. Thuli Dladla, Minister of Foreign Affairs and International Cooperation of Eswatini representing Africa; Senator the Honourable Kamina Johnson Smith of Jamaica representing the Caribbean, and H.E. Fatumanava-o-Upolu III Dr. Paolelei Luteru, Ambassador of Samoa, representing the Pacific. This Agreement marks a new phase in the partnership between the African, Caribbean and Pacific States and the EU.

Minister Johnson Smith in commending the agreement noted that its implementation will require meaningful engagement with a wide cross section of stakeholders. She thanked all the negotiators, who had the challenge of continuing their work under COVID-19 restrictions. She highlighted the contribution of Guyana which was the lead negotiator for the Caribbean for its regional protocol. When the negotiations commenced, the Lead negotiator for the Caribbean was the Hon. Carl Greenidge, then Vice President and Foreign Minister of Guyana.

The Agreement is to be signed later this year in Samoa, COVID permitting, following completion of national and regional procedures for approval. The Agreement will enter into force after ratification.

The Cotonou Partnership Agreement was scheduled to expire in 2020 and thus negotiations commenced in September 2018 in New York on the margins of the UN General Assembly for a replacement agreement. Negotiations concluded in the later part of 2020. There was then a period of legal review at the end of which there was agreement to initial the text.

The Agreement has an overarching foundation section and three regional protocols for Africa, the Caribbean and the Pacific. It will provide the legal framework for the relationship between the OACPS and the EU for the next 20 years. As well as maintaining the ACP/EU structure, this new Agreement will also strengthen the relationship at the regional level.

This article was originally posted by CARICOM Today.