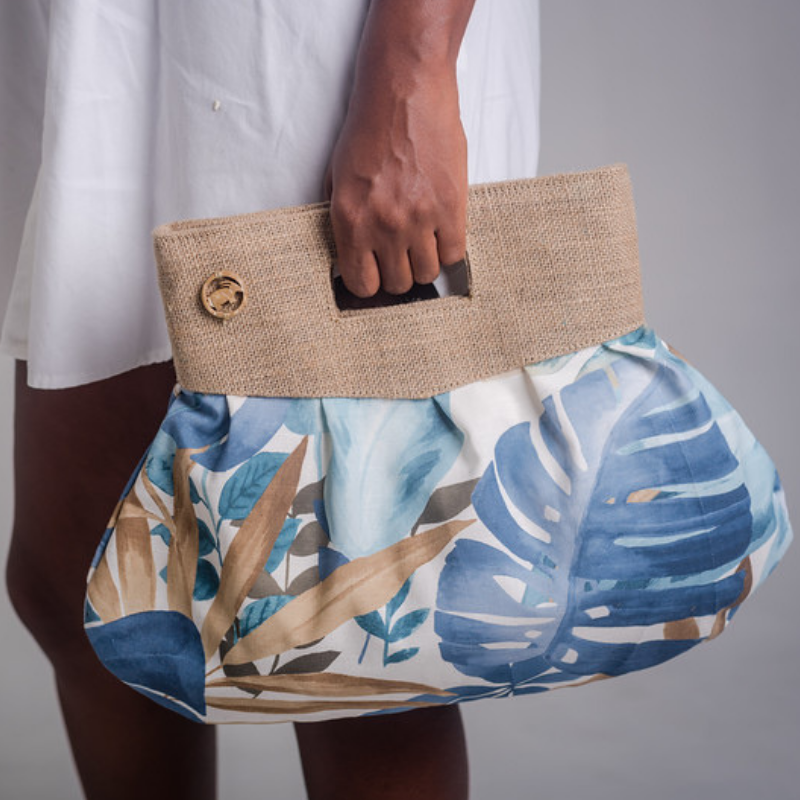 While living and working as a development professional in Ethiopia, Meme Beteâ€™s founder, Taribba do Nascimento helped women entrepreneurs get export-ready, and as she watched their ventures grow, she was inspired to follow the entrepreneurial path.

â€œThe leather industry is really organized in Ethiopia, and I loved African prints, so I thought African print fabric with leather would produce a beautiful bag,â€ Taribba said.

She established Meme Bete in 2009, a brand specialising in crafting exclusive handbags and purses.

At first it was a side hustle she used to repay student loans, but after becoming a mom, TaribbaÂ gave up her job and dived into Meme Bete full-time, so she could stay at home with her son.

In 2012 Taribba returned to Saint Lucia and to full time development work, again making Meme Bete a part time venture.Â  It was a strategic move that enabled her in four years to accrue the capital needed to purchase industrial machines, hire staff and commence production full time from her very own atelier.

As a single mom relying solely on profits from an entrepreneurial venture and having responsibility for the livelihood of her staff, each day is a challenge.Â  Despite the rush of support from friends and family eager to support her venture, there were only so many bags they could buy, and when that initial support dwindled, it was time to convince strangers to buy.

Meme Bete will celebrate its 10th anniversary in April 2019, and Taribba is focused on increasing the brandâ€™s visibility, as well as incorporating more personal stories in the hopes of inspiring others.Â  The brand is intentionally small and focused on exclusivity.Â  They do not replicate prints, and colour schemes are unique in each bag.Â  In effect, no two Meme Betes are the same.

The goal?Â  To be that thing people must get when they visit Saint Lucia.

â€œI want it to be synonymous with Saint Lucia,â€ do Nascimento said.Â  â€œThere are the Sulphur Springs.Â  There are the Pitons.Â  And there is Thatâ€™s what I want,â€ she said.

Fittingly, do Nascimento borrowed the name from a Saint Lucian saying that means same animal, same beast, loosely translated on island as â€œthere is no difference; we are all the sameâ€.

â€œItâ€™s now trendy to buy artisanal products, and people are beginning to understand the need to support local economies,â€ do Nascimento said, â€œmaking it a great time to be an entrepreneur in the Caribbean.â€

There is no shortage of talented people in the Region and Taribba is one of twenty women entrepreneurs that was selected to participate in the Women Empowered Through Export (WE-Xport) programme implemented by Caribbean Export.Â  We-Xport supports Caribbean women in business to start exporting or increase the exports of their products or services.

Find out more about Taribbaâ€™s journey by subscribing to her newsletter at: www.memebete.com, and join the Meme Bete community on Instagram: @memebete.bags and Facebook: @meme.bete.