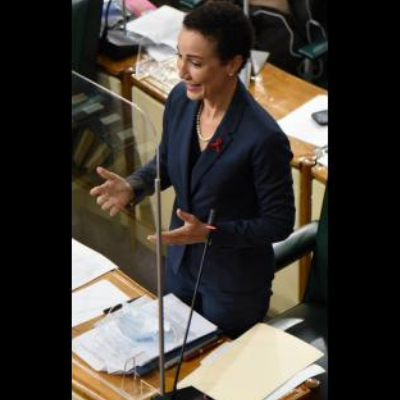 The Organization of African, Caribbean and Pacific States (OACPS), formerly the African, Caribbean and Pacific (ACP) Group of States, and the European Union (EU) on Thursday, December 3 concluded negotiations for the post-Cotonou agreement. The text of this new agreement was approved at a virtual meeting of the lead negotiators, EU Commissioner for International Partnerships, Jutta Urpilainen, and the ACPâ€™s Professor Robert Dussey, the minister of foreign affairs of Togo.

This new agreement will provide the legal framework governing the political, economic and development cooperation between the OACPS and the EU for the next 20 years. As I pointed out in my previous articles, specifically that of November 18, 2020, this agreement has an overarching foundation section and separate regional protocols with Africa, the Caribbean, and the Pacific. The negotiations commenced in September 2018 and continued for longer than was scheduled requiring the extension of the 2000 ACP/EU Cotonou Partnership Agreement (CPA) to December 2020.

The aim of this new agreement is to transform the relationship between the OACPS and EU from one of donor/recipient to a more advanced partnership which will enable cooperation to address issues of common interest, such as health and economic (COVID-19) and climate change, in organisations, such as the United Nations. The parties want to achieve a â€œpartnership of equalsâ€, a concept which some of us still view with a degree of scepticism.

This does not, however, mean that the EU will not continue to be an important source of development support. It remains committed to providing this. We need to recall that the EU has been, and will no doubt continue to be, a principal source of donor funding to the Caribbean. Note that EU donor funding at the regional and national levels, including to Jamaica, flows from the CPA and its successor agreement.

The conclusion of the negotiations was met with optimism as Commissioner Urpilainen stated that: â€œTodayâ€™s deal marks a step towards a new era for the EU, Africa, the Caribbean and the Pacific. People in all those four regions of the world will benefit from this ambitious agreement that will allow us to better deal with the new realities and challenges as global actors.â€

Professor Dussey said that: â€œThe political agreement, reached today, at the end of these long and intense negotiations, paves the way for a modern and more committed partnership at the national, regional and international levels. On this occasion, I extend my sincere congratulations to our lead negotiators who have worked tirelessly to achieve this result.â€

At the start, the Caribbeanâ€™s representatives on the OACPS Central Negotiating Committee were then Minister of Foreign Affairs of Guyana Carl Greendige, who was the Caribbeanâ€™s lead negotiator, and Senator the Hon Kamina Johnson Smith, minister of foreign affairs and foreign trade of Jamaica. At the December 3 meeting, Guyana was represented by current Minister of Foreign Affairs the Hon Hugh Todd, and Minister Johnson Smith, who spoke on behalf of the region.

In her remarks, the minister commended the tireless efforts of all the negotiators and the flexibility and understanding shown. Once signed, she called for the agreementâ€™s swift and effective implementation in a manner which will take the OACPS/EU relationship to new and higher levels enabling the Caribbean/EU partnership to realise its full potential, advancing Caribbean sustainable development, and sustaining intra-OACPS cooperation.

All was not smooth sailing with the conclusion of the negotiations, as a signal was sent from the EU Parliament, supported by OACPS parliamentarians, that it would not approve the new agreement if there wasnâ€™t a more substantial role for the OACPS/EU Joint Parliamentary Assembly, including at the regional level. The agreement must have a strengthened parliamentary dimension facilitating more effective parliamentary scrutiny. The lead negotiators agreed that the parliamentary provisions would be reviewed. This will be done, I am informed, during this week.

This new agreement, with a separate Caribbean protocol, in my view, will see an expanded role for CARIFORUM. The CARIFORUM Directorate, now located in the CARICOM Secretariat, may need to be strengthened.

It must be clearly understood that this post-Cotonou agreement is not a trade agreement. Trade between the EU and CARIFORUM is covered by the regional CARIFORUM/EU Economic Partnership Agreement (EPA) which was signed in 2008 and is now in its 12th year. Preparations have been in progress for its second 5-year review, which will now be held in 2021.

The EPA and the post-Cotonou agreement must be considered together as both govern the Caribbeanâ€™s relationship with the EU.

The text of the new agreement will have to be further reviewed by a team of lawyers from both sides, a process known as a legal scrub. The agreement, thereafter, will be initialled by the lead negotiators. Then it will have to be approved for signature in all the 79 member states of the OACPS and 27 of the EU and be subject to the EUâ€™s various regional procedures. When these internal measures are concluded, the agreement will be signed, hopefully, at a ceremony in Samoa in 2021, COVID-19 permitting. Due to the time required to conclude the internal procedures, the existing CPA will be further extended to November 2021.

In the Caribbean, we need to understand and acknowledge that the EU has been a significant and reliable development partner since 1975 and that this new successor agreement should indeed be considered a landmark arrangement. This relationship is treaty based and thus legally binding. It is unique in international relationships. Its implementation requires the involvement of not only the public sector, but also civil society, including the media, academia, private sector, and other non-governmental organisations. The media has a role to play in building public awareness.

The history of this relationship has been long and, with some members, quite chequered, but let us not take this relationship for granted or demonstrate indifference to its benefits as we move into a new era of cooperation.