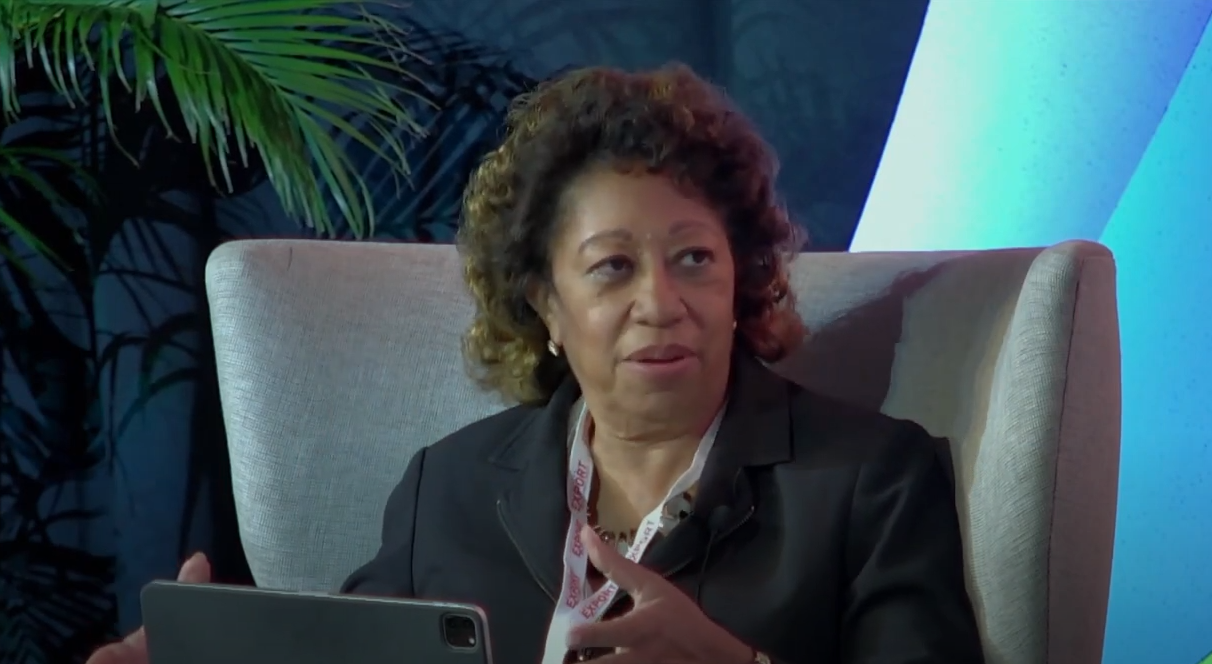 Your preferred cough and allergy medicines have disappeared from the pharmacy shelf and every time you ask for an out-of-stock item at the supermarket, hardware or appliance store – they can’t say when the item will arrive in the country or at what price. The reason given? Supply chain disruptions as a consequence of the pandemic and Russia-Ukraine war. A catch-all excuse and easy target to blame.

Caribbean importers, businesses and industry are under huge pressure to maintain their operations in the face of uncertain arrivals of goods, high and ever-increasing shipping costs and the ongoing problems of delays and inefficiencies at their countries’ ports.

These businesses and citizens throughout the region might have been shocked at some of the revelations and views that emerged during the passionate discussion around the transport & logistics at the recently held Caribbean Investment Forum in Trinidad and Tobago.

Organized by the Caribbean Export Development Agency (Caribbean Export) in collaboration with the Government of Trinidad and Tobago, CARICOM, the Caribbean Development Bank, and the Caribbean Association of Investment Promotion Agencies with the support of the European Union under the theme, Resolving the Challenge of Caribbean Logistics Through Investment, la table ronde a suscité l’intérêt du vaste public présent à l’événement. Both they and the presenters were urgent, insightful and outspoken about the port and shipment issues that they felt could be resolved with political and public will. They bluntly opined that these unresolved and festering issues:

The dynamic roundtable of presenters was moderated by JAMPRO President Diane Edwards, and comprised:

According to D’angelis, Upturn is seeking to integrate the Caribbean via cargo with its primary focus being to integrate Guyana into the rest of the region. The incentive, he said, was the US$100 million that Guyana would be spending on infrastructure over a number of years.

D’angelis disclosed that negotiations were already taking place to introduce a flat rate tariff system across the region for agribusiness transported via airlines. “We were amazed at how quickly this project is coming into fruition and pretty soon, for certain selected countries, we will be able to offer a flat rate and future export contracts,” he said. He hopes this will create a template that the seaports could then use.

He reminded the audience that the US was looking to the region to provide an alternative to China as a supplier and, if the US Nearshore Act was passed, it presented a golden opportunity to integrate the region. He gave the example of wood being extracted in Guyana, processed in Trinidad and exported to the US market.

D’angelis also disclosed that Upturn’s research found that: “If I integrate the Caribbean islands in one logistics system I can immediately expect a 15 per cent growth across the region… Today we are losing 15 per cent economic growth simply by not being integrated.” Cette croissance, a-t-il ajouté, permettrait de payer plusieurs fois le coût de l’intégration.

Upturn’s framework sees Jamaica, Guyana and T&T as the main hubs with the secondary markets supplying into the chain.

Can the Caribbean find the will to make it happen? Telemaque believes that Miami port’s efficiency has made the Caribbean lazy because the ship shows up, you get fed, and you figure you don’t have to do anything else. “So the entire system is very relaxed because the ship showed up so …we feel we don’t need a Guyana or Trinidad because Miami is so efficient,” he said.

Pointing to the supply chain issues that have impacted trade in the Caribbean due to the pandemic and war, he urged that “as a people we have to come out of that level of comfort and understand …we have to build our own logistics system.”

He was bluntly honest that the attitude among the countries of the region was: “If you’re going to be a hub, I want to be a hub too…and if you build this facility, I will build it too. And all of a sudden, you have all these things built and no-one is using them efficiently…and Miami keeps doing it efficiently.”

The impassioned speaker stressed: “The first thing we need is honest discussion that we are interested in improving the lives of our people by changing our own individualistic mindset” and that could mean sacrificing our own island’s interest for the region’s, understanding that by doing so, everyone will be better off.

To an outbreak of spontaneous applause he urged: “Let’s use the global entry into Kingston. Let’s dovetail the global entry with the best connected port in the Caribbean, that’s Port of Spain, and let’s feed the markets. It’s a simple strategy that is clouded by our individual interest. It’s time to fix that.”

We need to find a way to come together and work on these common problems and find solutions, Williams-Richards said. She also stressed the importance of putting port management “in the hands of people who have the best capability to manage it.” This is not giving away assets, she emphasised. Jamaica put structures in place to ensure the operator delivered and the port has generated more revenue for the government than if it had tried to operate the port itself, she noted.

D’angelis also urged the Caribbean to think outside of tourism because it was not bringing the benefits it used to. He advised that each country should “identify a national champion” that it could export. Each country has that. Antigua’s national champion, for example, could be black pineapple which is sweeter than anywhere else, he said.

For Ramps’ Rampersad, the imperative is crystal clear. He said: “For those of us who live in the Caribbean, what we have to be concerned about more than anything else is quality of life …and that quality of life will always be proportional to the strength and quality of the businesses that operate here in the Caribbean, especially the new businesses and start-ups, and a major component of those businesses being successful is logistics.” Rampersad pointed out that: “A lot of the time, our best and brightest companies can’t scale up because of the logistics component. The supply chain component is extremely difficult.”

Rampersad warned that the region would lose the next generation if we did not solve the problems. “If we are really going to build a Caribbean where the next generation feels they could stay right here and live as good a quality of life versus having to fly up north, then logistics is an important component of that because logistics helps to build better businesses and we need better businesses in the Caribbean in order to have a better life.” The Caricom Heads initiative to reduce the region’s food import bill by 25% by 2025 has given him a new feeling of optimism because he sees it as a rallying banner; something unifying that everyone could get behind and support. “When you listen to President Ali and Prime Minister Mottley and how strongly they are going behind this 25 by 25…it makes you think maybe there is real political will this time to get this thing done,” Rampersad said.